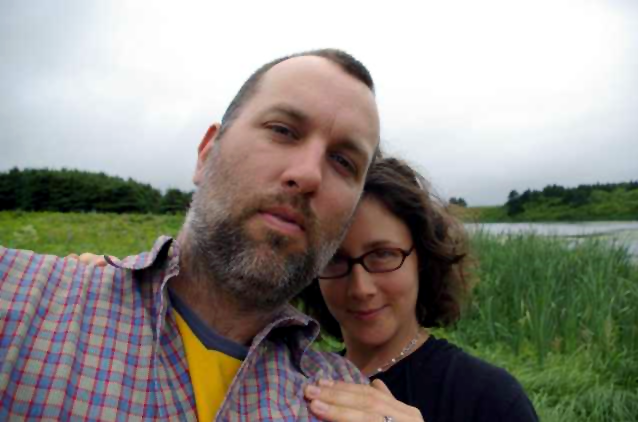 In this edition of Six Questions, we spoke with local folk duo, Kyra and Tully. It has been three years since their debut self titled EP garnered acclaim as a Critic’s Pick Best of 2006 in Toronto’s Now Magazine and positive vibes from Exclaim! and CBC Radio as they charted nationally on the Earshot charts. Most recently, they released an EP titled Far Away back in May, complete with video by Lenny Epstein. Amongst the hustle and bustle leading up to this weekend’s long anticipated CD release, we found a moment to ask Kyra and Tully Six Questions.

1. Your last album released in 2006 received a great deal of critical acclaim, and enjoyed radio play across Canada. Musically speaking, has the somewhat lengthy lead up to the release of your upcoming CD been challenging or a welcomed break?

Kyra: For anyone I think- getting an album out, if it’s done to your satisfaction, is a challenging to be sure! We are particular with all aspects- as is our manager Lenny Epstein- so editing all the final pieces is intense. After the release of our debut and playing shows to support- it wasn’t long before we got back in the studio to start on the full length. We starting recording again in 2007, we rehearsed for a few months with our band then laid down bed tracks for 13 songs. Soon after our young son started having health issues which threw everything for a loop. We didn’t get back into the studio for a bunch of months later- until Greg Tilson (Apple Crisp) asked us to contribute a song (Thunder bay) to the fundraiser compilation CD, “Friends of Skeleton Park“. A while after that we were asked to contribute a song (We Sway) to another compilation album, “Artists for the Algonquin”. Once we finished that song it felt like we were making some headway and the other nine songs we’d chosen to be on the new record didn’t seem so daunting so we slowly began going out to the studio, bringing our musician friends and working away widdle by widdle. The music was done- mixed and mastered by November of 2008, the artwork, layout, design and printing is a whole other story, that took almost as long as the recording but was well worth the wait! We feel an incredible sense of accomplishment to have this record finally in our hands.

2. Kyra and Tully have been compared to famous pop and folk music duos such as Sonny and Cher, as well as Ian and Sylvia. How has cohabitation and partnership in general, impacted your song writing, and other creative endeavours?

Tully: When we first moved in together, it seemed to be our most collaborative and spontaneous writing together period. We get that back sometimes but its more difficult with all of our other responsibilities. Music and writing for us takes a bit of the edge off of our relationship and family difficulties, so of course we want to keep that going.

Kyra: There’s a dramatic tension between Tully and I that works well for our art. Most songs these days are written individually and then the other compliments it, with a bunch of jobs each and a family we do find it difficult to make time to write together, but we plan to prioritize it for the next record as some of our best songs are the ones we’ve written together.

3. Your songs often deal with being far away, out there on your own, and on your way to places unknown. Is the incorporation of these themes, specifically travel and solitude, within your lyrics a conscious effort? How do these common elements continue to find a place in your music?

Tully: I spend a lot of time on the road, driving around as a profession- you spend quite a bit of time in your head with some of these jobs and it comes out in my songwriting. I also have some fond memories of being a bit of a hobo in my early 20s that’s in there as well and touring around a bit with other musicians.

Kyra: I have spent pockets of time in solitude and nature at different times in my life and it has shaped many aspects of who I am now including my songwriting and strength in adversity.

4. Since the release of your self-titled album back in 2006, you’ve toured all sorts of nooks and crannies across Canada. Good, bad or otherwise strange, what was your most memorable experience?

Tully: Our out east tour was great. We stuffed the mini van full with gear, (drums, rhodes electric piano,) Kyra moans about it sometimes – it’s hard to sleep with a hi hat poking you in the back, I wanted us to be as big time as possible. The highlight performance for me was Struts Gallery in Sackville, New Brunswick. We spent about a week in the town and really got a feel for it. We busked on Canada day and [our son] Kezyan got his picture in the local paper drumming, then we played a sunny day lunch time barbecue show. My parents met up with us, and Kezyan played exceptionally well on his drum kit.

Kyra: We totally had too much stuff on that eastern tour! But it’s something we won’t forget and it was worth the stress! My favourite show so far was out east too when we played in Summerside, PEI, it was an outside show along the water and it was a beautiful day- we played on a great stage, had pro sound and a good crowd-there’s pictures on our website of that show.

5. It looks as though you’ve settled down in Kingston. What originally attracted you to the Limestone City? Has the local music scene (ie bars opening/closing, people coming/going) changed for the better or worse since you began playing here?

Tully: I spent my first few years near Halifax, then my dad got a transfer from the Navy to the Army here in Kingston. Both Kyra and I love to gush about the friends we have around here. The music scene is very exciting at the moment with the feeling of anything is possible. The opening of the Mansion has really kept the local flow of music going and there are others of course.

Kyra: We both grew up in Kingston since we were five years old, we’re the same age and although we didn’t meet until many years later we had some of the same friends. Our community here is the best, our friends are rock solid-there for us in thick and thin. The music scene has always been amazing in Kingston since I’ve known it, like a creative process in itself, it ebbs and flows and grows and changes and stays the same.

6. Looking beyond the unveiling of Wildlife (in and out of the city), what are Kyra and Tully looking forward to the most in the near future?

Tully: To have our family be as strong as possible and staying open to creative flow and keep on working at it.

Kyra: Our family is the most important thing and music is a big part of what makes us strong so despite the many challenges we face- we’re committed to keeping the music alive.