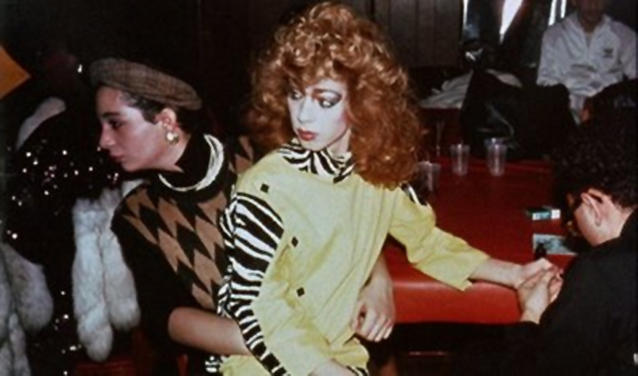 During this devotion to beauty, there was a new dance craze hitting the dance floor.  It was called Vogue.  You may remember a very popular song by Madonna by that same name.  That’s no coincidence.  But where did Vogue come from?

In the groundbreaking film Paris is Burning you see the crucible that created Vogue.  During an often repressive era, Vogue was a sublime mixture of queer culture and modelling.  Cameras ready, prepare to flash, strike a pose for the camera, Vogue!

The film shares the stories of gay African-American and Hispanic men in New York during the 80s.  Through candid interviews, we discover a rich sub-culture of drag queens, “Houses”, and opulent Balls where people compete for various honours such as who can “pass” in straight society or the best Vogue.  The title Paris is Burning comes from the name of one of these famous Balls.

Paris is Burning was a sensation when it ran in 1990.  It received much acclaim, except for a nomination for an Academy Award.  However, many people say this film was the beginning of a new form of queer cinema.  In fact, it was a direct influence for a local documentarian who created a film Kingston is Burning, which interviewed local drag queens in Kingston.

I would be lying if I said the film had not influenced me.  Seeing and hearing stories from all those strong and vibrant characters gives me much comfort and strength.  The power of the film is intoxicating.  You can’t help but be swept up.  You begin to feel like you could be one of those spectators as someone sashes down the runway.  “Learn it and Love it” as one Ball judge espouses.

It is one of those films that needs to be seen, especially if you are queer.  I dare say that it should be on a mandatory list of films you must see before you can call yourself a drag queen.  Luckily, you and many others can see it on the big screen in Kingston.

Paris is Burning and many other amazing films and videos will be screened starting tomorrow (Thursday, January 28th) for ReelOut 11.  ReelOut Queer Film + Video Festival celebrates 11 years with 10 full consecutive days of films.  How many films?  58 in total!  Check out Reelout 11’s website for a list of all the films, schedules, and locations.