Will they take the plunge?

That is the question that faces a city hall committee this week as it prepares to enter the final stage of a nearly three-year debate about whether to build a new aquatic centre in Kingston.

So far, the price tag has made the elected officials of this city hold off on diving into this project. The latest figures don’t seem to have changed much since the first estimate two years ago. 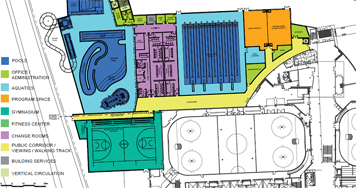 The latest figure for a 25-metre, 10-lane pool with bulkheads, along with a leisure pool and associated amenities, including an expanded athletics centre, is $35.9 million, according to a city hall report released early Saturday morning.

The centre will not pay for itself. The draft operational budget predicts deficits in every year of operations, with revenues covering 70 per cent of operating costs and the taxpayer covering the remaining 30 per cent. This is nothing new for a recreational facility in Kingston: taxpayers annually subsidize the operational budget shortfalls at local hockey arenas, Artillery Park and the Leo Lafleur Memorial pool. (Actually, the subsidies at local hockey arenas are nearly $2 million annually. The report notes that even with the new pool, the annual pools subsidy would be $1.2 million, still below the subsidy for hockey arenas.)

We already know where this proposed aquatic centre is going to go — on the site of the Invista Centre — but what we now need to find out is how much of it could possibly be built.

To save a little money, the recommendation today is to build the 25-metre pool (cost = $23 million), leisure pool and associated amenities ($8.9 million) for a total of about $32 million. City councillors have heard that number before, so they should not be surprised at the latest cost estimate.

Nor should they be surprised at the financing options. They set the financing parameters in June, specifically a maximum possible tax increase of 1.5 per cent — one per cent to pay for the construction of the building, 0.5 per cent for increased operating costs. That tax increase amounts to about $40 a year for the average tax bill of $2,704 and would be phased in over a few years, kind of like the increases needed to pay for the new police headquarters or the $15 million hospital foundation donation. 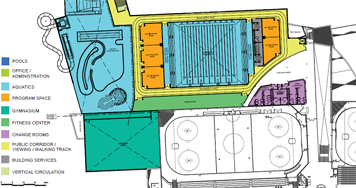 Taxes will cover $27 million of the debt. Development charges will cover another $3 million and surcharges on user fees will cover $2 million with the debt and associated interest paid off over a 30-year period.

Despite the talk about adding services and recreational opportunities for Kingstonians, when it comes right down to it, city councillors are going to have to decide whether to spend the money.

If council votes to proceed with the project, they will have to convince the public that it will be worth the increase in taxes and user fees. That’s not an easy task with the complication of a municipal election near the end of the year. Many may be willing to fight an election over the issue, worried that the wrong vote now on the project could end their political careers. (Consider what the construction of the downtown arena did to the re-election aspirations of several previous council members.)

If the city decides to go ahead with the project, design would start in 2011 and the official opening would be in 2014, just in time for another municipal election.

So, the question remains: Will they take the plunge?

8 thoughts on “Readying for the Plunge”