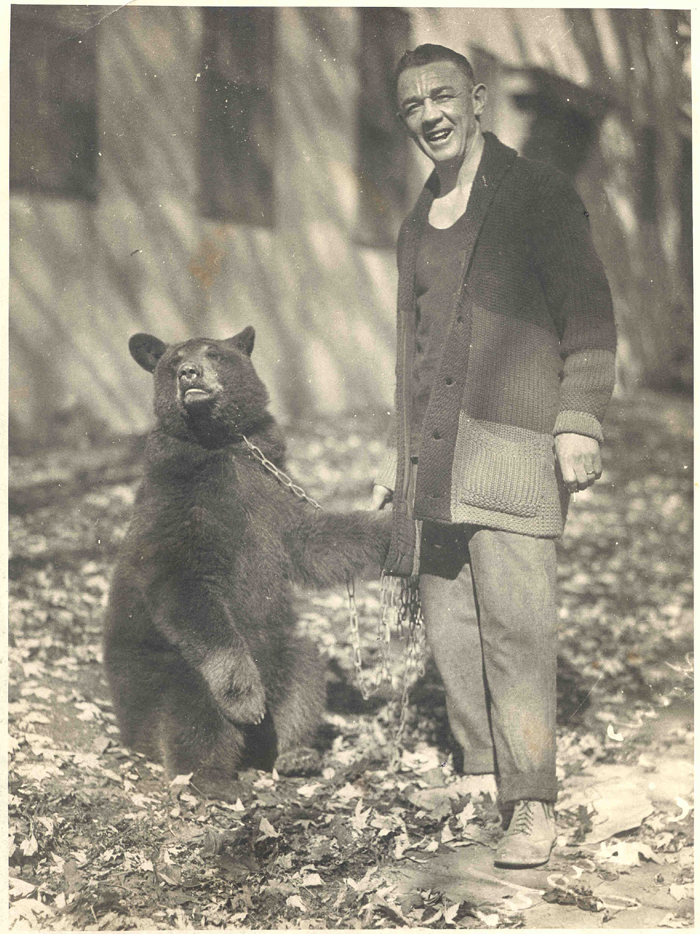 It is homecoming in Kingston this weekend which means football, some face paint and a mascot. The photograph above shows trainer Billy Hughes with the Queen’s University mascot Boo-Hoo the Bear. There were seven Boo-Hoo’s in total (and one Gee-Whiz) from 1921 to 1955 and at some point in 1946, Queen’s found itself the owner of two bears simultaneously, Boo-Hoo’s III and IV. It was a costly endeavour that caused a fair amount of concern on campus. Soon after this, the career of the mascots was severely curtailed in order to ensure that Queen’s did not find itself operating as a zoo in the off-season. Costumed Boo-Hoo’s have made appearances on the scene since the late 1950’s. Not quite the same “wow factor” as the real thing, but likely for the best!