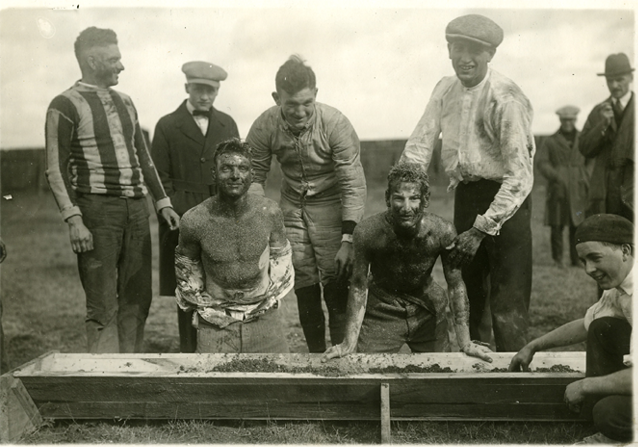 With the population of Kingston having exploded this past week, and purple people reappearing, it must be Frosh Week. Traditions at Queen’s have evolved over time, this particular practice of the dunking of frosh in troughs of dirt (after greasing them up) seems to have passed into the annals of time. Other traditions, such as the “Oil Thigh,” date back to 1891. The original Gaelic cheer was “Dearg! Gor’mus! Buidthe! Oil Thigh na Banrighinn gu Braith! Cha Gheill! Cha Gheill! Cha Gheill!” (translation: Red! Blue! Yellow! Queen’s Forever! No surrender!”) This was later added as the chorus of “Queen’s College Colours,” written in 1897.