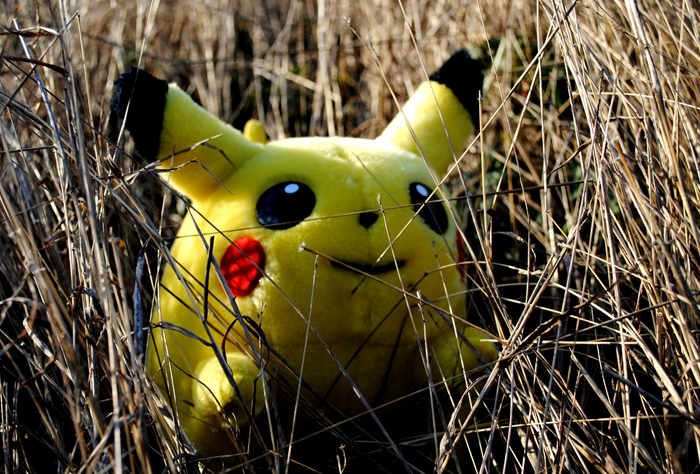 There are two types of people in this city. First, there are those of you who are attempting to “catch them all” with an app called Pokémon GO. And then, there’s the rest of us. Suffice it to say, even if you’ve never downloaded Pokémon GO, which is breaking all sorts of Apple and Google Play store records, you’ve likely heard all about it. Just in case you’re out of the loop, the oversimplified explanation is that it encourages users to head outside and go on a GPS-led treasure hunt to catch Pokémon, wherever they might be hiding around the city.

Since its release last week, Pokémon GO users have been hard to miss around Kingston, as they peer at the world around them through their screens, seeing an augmented reality the rest of us are blind to. The viral sensation is being celebrated for its ability to get people off of their couches to explore new areas of their cities in pursuit of the likes of Zapdos, Dragonite and Snorlax. Along the way, aspiring trainers are meeting, making memorable connections and even supporting local businesses. Locally, I’ve spotted signs in shop windows tempting customers with discounts just for showing that they have the app installed. Businesses can also buy lures, which temporarily transform shops into PokéStops; supposed magnets for customers in search of these iconic creatures. The allure of lures has extended far beyond the retail sector, as reports of humane societies, national parks and hospitals getting in on the action have surfaced, with the benefits going to their respective tenants.

The flip side of this phenomenon is, as with most things, a few individuals are ignoring what we like to call common sense. My least favourite are the caravans of vehicles containing trainers traveling around, stopping here and there to catch their cartoon prey. Such practices are far from environmental, and negate the aforementioned benefits of enhanced physical activity. I have personally witnessed parents driving their kids around in search of Pokémon, which is akin to parents driving around their kid on Halloween. Then there are news stories of people using the app while driving, crossing the street, and other such activities that demand the user’s attention, else they face unfortunate consequences. Dishonorable mention to people breaking in to homes, construction sites and illegally crossing borders, risking life and limb, and sometimes not winning that battle, in pursuit of catching them all.

Considering the both the good and the bad of Pokémon GO, this week’s poll asks:

What is your impression of Pokémon GO?

Whether you’re using the app or not, Pokémon GO could very well signal the next revolutionary trend in mobile gaming.  The possibilities for blending physical and virtual worlds through augmented reality, as well as the types of location-based rewards that could be offered are seemingly endless.  The real question is, whether or not Pokémon GO will have enough staying power to entice developers to invest in similar blockbuster apps?

Are you playing with Pokémon GO in Kingston?  What cool things have you experienced with this game and fellow trainers?  How has this app changed your perception of Kingston, and what new areas/things have you discovered around the city while hunting Pokémon?