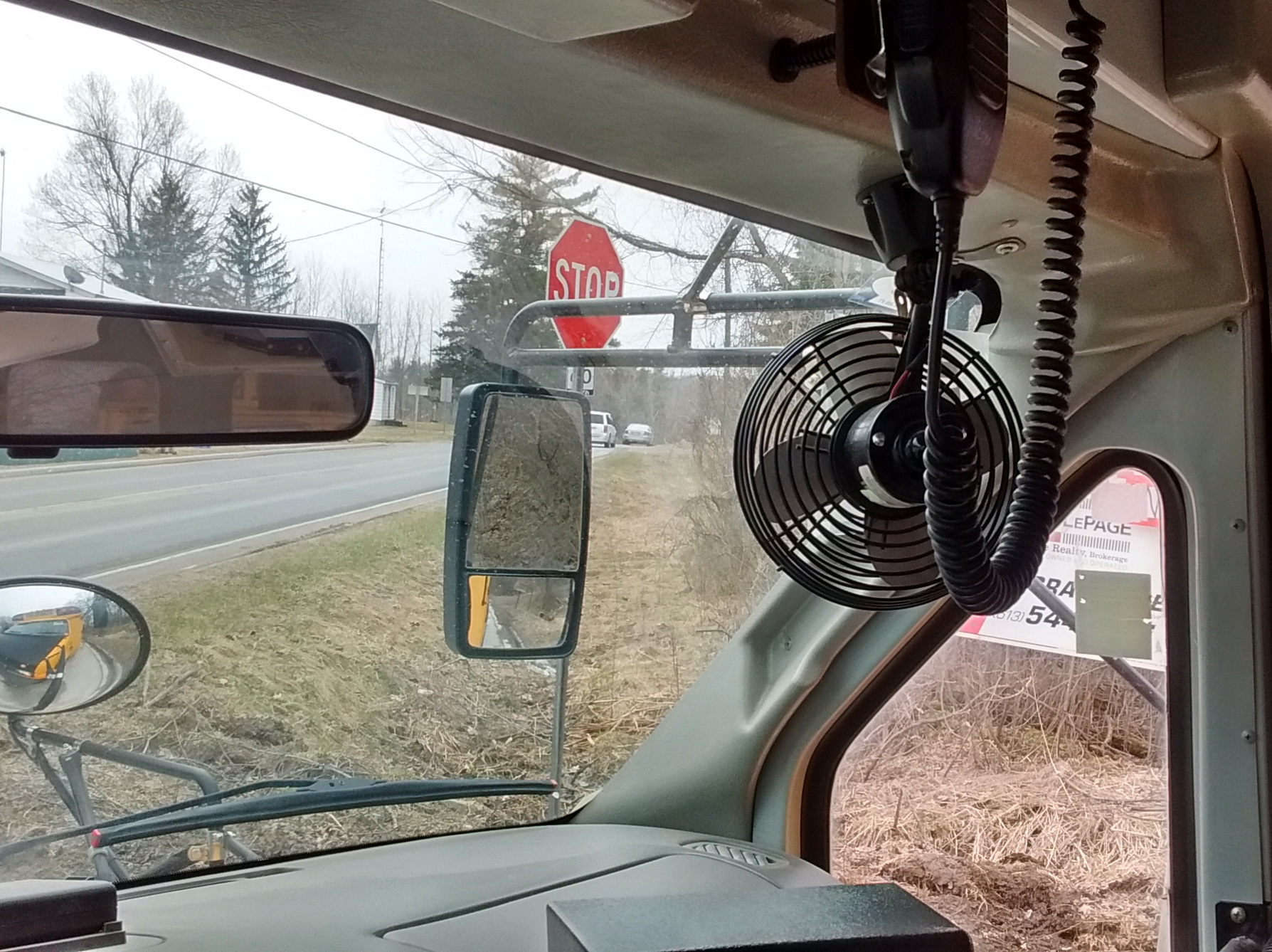 Laws and policies are made with the best of intentions and for the safety of all, and are often put in place in reaction to a terrible tragedy. Unfortunately, they are enacted without thinking through the problems and consequences of the law, and actually entrench a problem by doing so. I refer to these as ‘Legislated Stupidities.’ I had driven school buses for 20 years and finally retired from the job just recently. Not because of the kids, who I really like, or the traffic, which I really hate, but because of all of the legislated stupidities that have been imposed on school buses.

School buses have very poor rear visibility and, unfortunately, children have been run over while buses have been backing up. The solution was to impose a law that requires very large back-up mirrors. The stupidity of this law is that when a small van has been modified to be a school bus, the same laws apply for it as for big buses. The consequence is that, while driving in smaller buses, the big mirrors block the view when turning left. You cannot see pedestrians crossing the street, and sometimes these mirrors even block out the view of cars.

The small buses are modified vans, which come with a rear view mirror positioned in the middle of the windshield. This mirror is useless in a bus because you can’t see out the back of the vehicle. The mirror just stays there unused, blocking the view out of the windshield.  You can’t remove it though, because it has been legislated to be there.

Children often act impulsively. I had a five-year-old boy run back in front of the bus after it had started to move again. He had forgotten his homework.  I stopped in time, but the close call still haunts me. Other children have died doing this, which is why buses are now required to have fish eye mirrors at the front of the bus so that children can be better seen. The problem with these mirrors is that the sun shines on them and bounces right back into the drivers eyes, which is blinding. Can’t change them though, because they are legislated.

Full-day junior kindergarten has been introduced across Ontario, and I can see that this program has been great for these young children. But because they were going to school, they were also going on the school bus. These very young children were delightful, and sat right behind me, but they were far too young to be on a school bus for an hour — some of them were as young as three years and eight months old. They don’t want to sit in their seats, have tantrums, they have to pee, and they invariably fall asleep.

School children are very vulnerable, and a bus needs to be a safe place for them.  As such, no adult (besides the driver) is allowed onto the bus, unless they are a teacher. However, when the bus gets a sleeping child back to their home, the driver cannot get out of their seat to wake the child, and the parent cannot get onto the bus to take the child off. This rule is, of course, always broken. The rule was not thought out and common sense prevails over a stupid policy.

The young children are often on the bus for an hour trip home. On hot days, they fall asleep. Tragically, children have been left overnight in locked buses. Legislation was passed which requires a child check buzzer at the back of a bus, which the driver must press before shutting down a bus. They walk the length of the bus looking for sleeping children while they do this. The problem with this button-pushing is that a child check is done as soon as the bus leaves a school or as soon as the last child is off the bus. The button has become a redundant annoyance when the driver gets home, because they have already searched the bus.

All of these stupid consequences of well-meaning legislation and policies have made a school bus driver’s job much more difficult than it needs to be. It is one of the reasons why so few people want the job, and that now includes me.