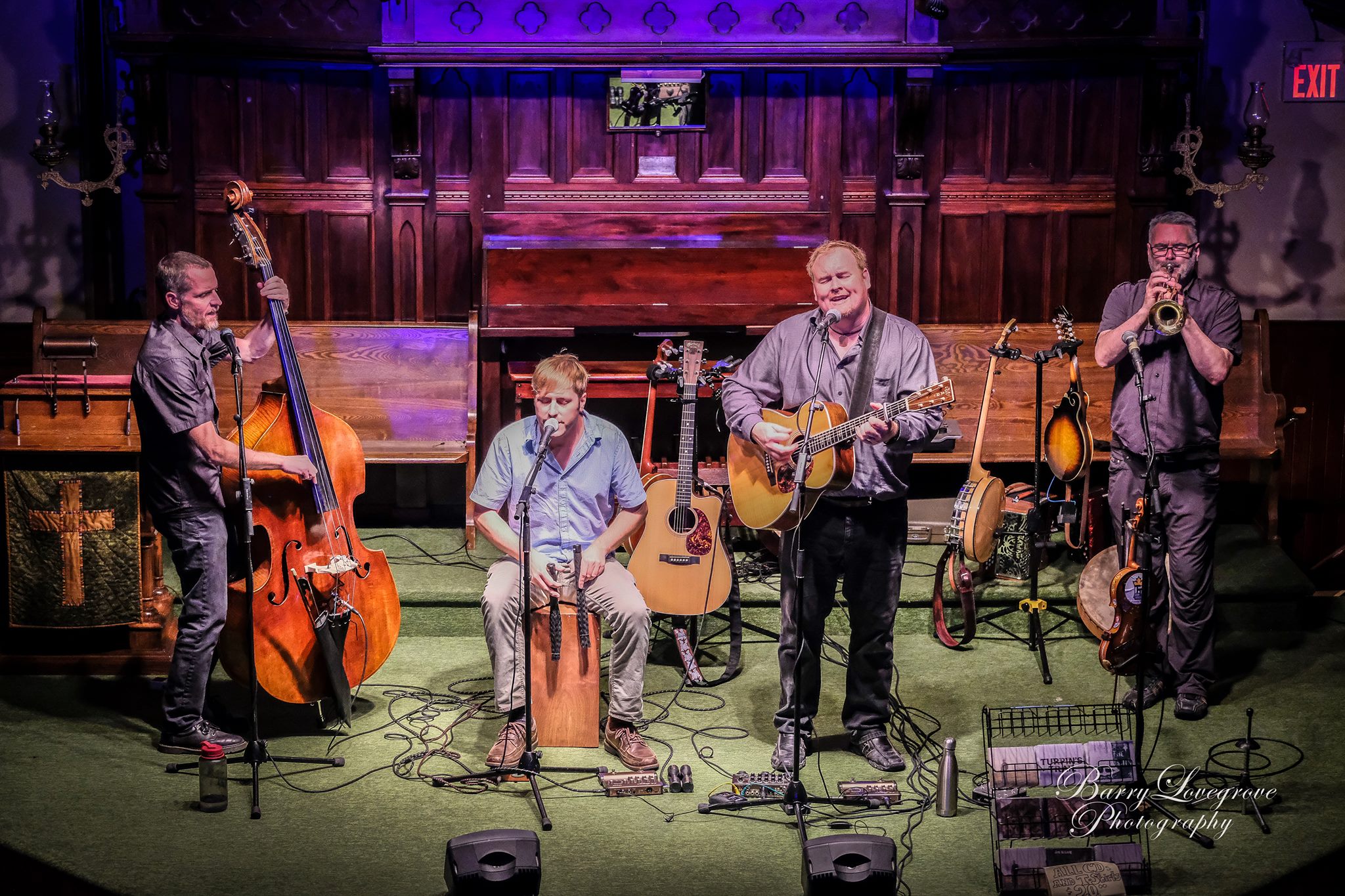 This Saturday, the local folk and Celtic group Turpin’s Trail will play at Chalmers United Church as a bit of a send off to the band’s guitarist, Chris Murphy. At the end of May, Murphy and his family are heading to Newfoundland for three months. During that time, Murphy’s wife, Heather, will be taking a sabbatical from her position as minister of the Storrington Pastoral Charge, which includes both Inverary United Church and Battersea United Church.

“The reason we’re going is that Heather’s church really encourages their ministers to take a sabbatical every few years,” said Murphy. “It’s by and large a family trip, but while I’m out there I’ll be doing some shows.”

Murphy is a full-time and well-known musician in the Kingston area. With Turpin’s Trail, he plays well over 50 shows a year around South Frontenac, Kingston, Westport and Prince Edward County, plus many solo shows. He recently toured Canada with former Great Big Sea multi-instrumentalist Séan McCann. He’s recorded in Cape Breton with J.P. Cormier, performed in China, and recently opened for Cape Breton supergroup Còig. On Saturday, he will be joined by his Turpin’s Trail bandmates — fiddler Brian Flynn, guitarist and percussionist Jon McLurg, and bassist Noah St. Amand — for a farewell party before he heads east.

“There just might be a special guest or two,” said Murphy of Saturday’s show. “Otherwise, we’ll be performing our original songs, most of which are written by Jon, along with some fast fiddle tunes, Irish music, and good harmonies.”

While Murphy has visited Newfoundland often, either on tour or vacation (or a combination), this will be his first extended visit.

“We’ll be living in St John’s for the first two months,” said Murphy. “I’m hoping just to insert myself in the music scene there as much as I can.”

After that, Murphy and his family, which includes daughters, Claire, 8, and Lauren, 5, are off to Fogo Island, where he’s been awarded an artist’s residency for the month of August. He has scheduled performances at both the Brimstone Head Folk Festival and Etheridge’s Point Seaside Festival on the island, and he’ll be mentoring local musicians during his residency.

“I’ve travelled there for at least a week a year since 2009,” said Murphy. “We have lots of friends there.”

While Murphy is working on his music, his wife plans to do a lot of the same and catch up on some theological reading.

“She’s a wonderful singer,” said Murphy. “But as the working musician, she’s set aside her ambitions to learn new songs and things like that because it was always easier for me to do it. She’d like to incorporate more of her own music into her ministry.”

Apart from music, Murphy and his family are looking forward to enjoying an extended vacation.

“We’ll be a family with nothing but time hanging out in a really cool place,” said Murphy. “We’ll probably head to Gros Morne for a bit, and we all have our passports so we may go to (French territory) Saint Pierre and Miquelon. On Fogo Island, there’s some amazing hiking and fishing. The people there are some of the finest you’d ever want to meet.”