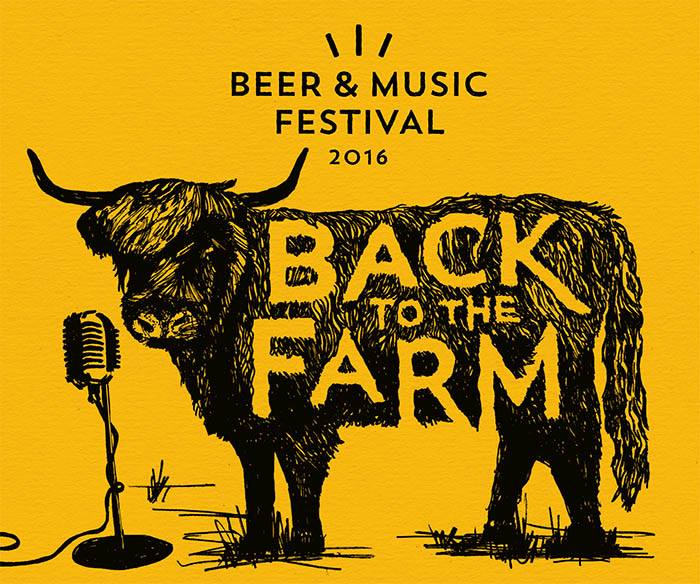 On Sunday, August 21st, the MacKinnon Brothers Brewing will host their second-annual Back to the Farm: Beer & Music Festival. Back to the Farm is billed as “a big ol’ field party”, that showcases the brewery and farm that have been instrumental in the Bath-based brewing company’s success.  As the festival’s name suggests, this family-friendly event showcases seven local bands, as well as a handful of food trucks, vendors, games and tours (by donation to the Gord Downie Fund for Brain Cancer Research) of the brewing facilities. The musical lineup, which was prominently featured in this month’s ygkPlaylist, is as follows:

The brothers MacKinnon will have four of their popular beers available for sampling at the festival, including: Crosscut Canadian Ale, Origin Hefeweizen, 8 Man EPA, and the Red Fox Summer Ale. Keep in mind, the hops, wheat and barley that are grown on the family’s bicentennial farm go into the beer, which helps connect your taste buds with generations of agricultural tradition. Festival-goers who are looking for something a bit different, can also quench their thirst with local and regional offerings from: Barley Days Brewery (Picton), Black Oak Brewing Company (Etobicoke), County Cider Company (Picton), Stone City Ales (Kingston) and Wild Card Brewing Company (Trenton).

Tickets are $20 in advance and are on sale now at ticketscene.ca. You can also pick up tickets at the brewery, Brian’s Record Option, The Mansion, The Red House(s). Kids under 12 are free. The MacKinnon Brothers have ample parking right next door, and they’ve once again laid on two free shuttles running back and forth between the farm and both The Red House locations. Festival-goers are also encouraged to bring a bit of cash to enjoy all the food, drink and merriment!

Kingstonist wants you to hit up Back to the Farm: MacKinnon Brothers Beer and Music Festival for free! So, we’re giving away a pair of tickets. Interested in winning them? Re-Tweet this festival-related tweet and/or like this Facebook post for a chance to win; winners to be announced on Friday, August 19th at noon.

One thought on “Ticket Giveaway: Back to the Farm: MacKinnon Brothers Beer and Music Festival”