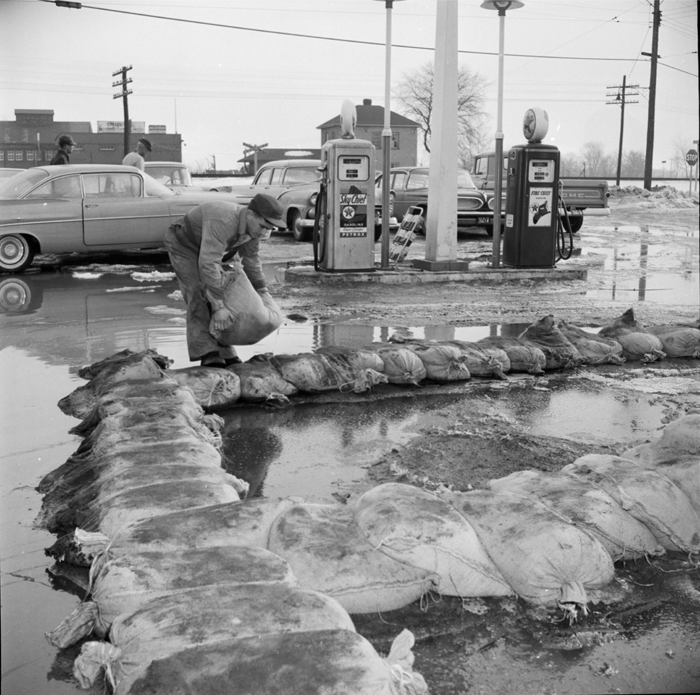 As spring is soon to be upon us (it has to come, right?) we can look forward to buds, birds and gloaty posts from West Coast friends who continue to update their social media with pictures of daffodils and cherry blossoms. Another thing we have to look forward to is potential flooding. This photo is from the George Lilley fonds from March of 1959. It illustrates the flood control operations in effect along the Moira River in the Belleville area. The Moira River had a long history of ice-related flooding but six control dams, built between 1977 and 1990, have been effective in reducing this. To read more about the science of ice-flooding on the Moira River check out this study.

For more Kingston flood photographs see this past post from our blog.