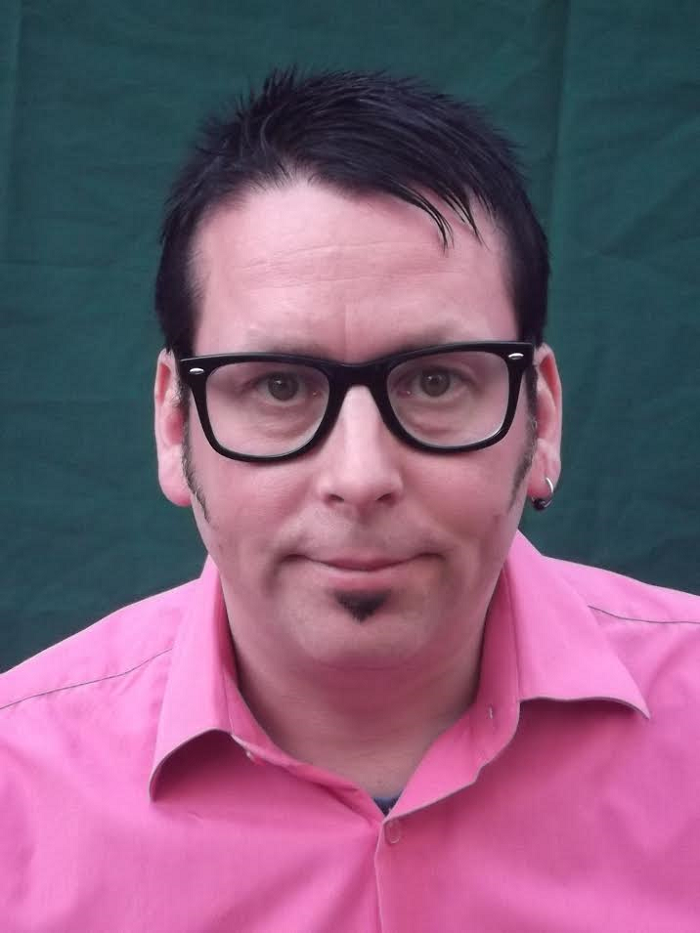 Today we kick off our mayoral interview series with Michael J.M. Owen. Owen is a lifelong Kingstonian and local business owner who has cultivated an impressive resume volunteering for a host of non-profit organizations. He is self-described as “not a politician”, while he entered the 2014 municipal election with the hope of stimulating greater community involvement in the political process. As we approach the election date, Kingstonist endeavors to feature interviews with the other five candidates vying for the mayoralty.

Let me begin by telling you a little bit about myself, and why I am running for Mayor during this 2014 election period. I am most definitely not a Politician in the common understanding of the word. I have almost no budget, no campaign office, and no campaign team. I have never sat on Council, nor have I been a member of any municipal committee. I am someone, however, who lives in, loves, and cares deeply for this city and its many communities. I grew up in the west end, moved downtown in 1989 in order to live and work, and have recently returned to the Collins Bay area to care for my senior parents. I have been a business co-owner on Princess Street for over a decade, have been involved with various non-profit groups, including HARS (HIV/AIDS Regional Services), the Street Health Centre, the Kingston Humane Society, am an avid supporter of the Kingston Animal Trust and Animal Rescue, and spend a large part of my spare time finding homes for otherwise abandoned animals.

Funnily enough, it is in part through my interaction with people either searching for, or attempting to re-locate, their pets that I have become a sort of sounding board for members of our community who feel that many of their concerns are simply being overlooked. Some have expressed a disconnection between themselves and their municipal politicians. An important part of my mandate, therefore, is to bring to light some of the less frequently discussed issues concerning our city, like the desperate need for a north-end library, a reduction in taxes for locally-owned businesses, and the preservation and protection of our green spaces and waterfront properties. I would like to close the figurative gap between City Hall and the members of this municipality, to show how accessible the city could and should be, and to encourage people to take an active role in their community. I am presenting myself as a very accessible candidate, and wish to prove that anyone with a sincere interest in local politics and a love for community can get involved and be heard. I encourage the public to bring forth their issues, however seemingly small, so that they can be represented in a public forum. After all, elected politicians in positions of power are not so much leaders as they are representatives of their community. If elected I would encourage a consensus mentality in the Council chambers in order for the city to work together to obtain common goals.

No to the Casino. There are many other way to secure revenue into the city. Let’s advocate for Kingston Pen ownership. The property is prime land and the recent fundraising there post-close has shown what a ready-made boon and success it would be. Let’s promote our waterfront and develop the trails. Let’s promote our other positive aspects. Promotion of local agriculture in the form of ‘Farm Days’, which would be a series of seasonal, city-endorsed days or weeks promoting our local farms. If a farm chose to participate, it could open its doors to the public, run small workshops, welcome teachers and their classes for educational field trips about the importance of local food producers and the benefits of buying local, and so on. A virtual map and all of this information could be incorporated onto the City’s website for easy accessibility. There are opportunities for agricultural tourism here as well. Kingston does a good job of promoting its tourist attractions, but I believe there is room for improvement. A few points we could promote and/or highlight are as follows:

That’s just the tip of the iceberg for options. I’m interested in the input from local residents.

3. According to a report by the Community Foundation for Kingston & Area (CFKA), many Kingstonians feel that “local government programs and services have not made a difference”.  As mayor, how would you work to address this sentiment and otherwise ensure that members of the community see the value provided by municipal programs.

Outreach, education, easy access to resources and community involvement in implementing them in areas where it’s needed. There are various demands that may not suit every need. We need liaisons from the community to assess and voice where these services could better fulfill their intentions and review them to see that they are working to capacity. The Government is traditionally know for being unefficiant (and often out-of-touch) because it is. Let’s stop wasting resources and time and money.


The mandate is alright. The perspective is sometimes wrong. We always need to think about ways to harness what we already have better (see my bit on Argicultural Tourism and promotion of Greenspace above). We also talk about future businesses in Kingston but what exactly are we doing to ensure the vitality and health of the locally owned shops here already – north, south, east and west..? Let’s devote 20-30% of the conversation to that.

Kingston is growing. Naturally as this happens we need to ‘keep up’ the accessability of developing neighbourhoods and communities. We need to do this in a way that is sensitive to the shoreline and ecological concerns and make the footprint as soft as possible. Why this needs to happen is also a matter of safety for emergency response. Plain and simple. Fires, car crashes, any emergency event we need to be able to get our First-Responder men and women there – who are already putting themselves in harm’s way by rushing to a scene – as soon as possible. There’s the pratical for commuters headed into the city, and obviously eventually public transportation will expand as the need dictates. One thing we need to do is canvass our local MP to advocate for Federal funding for this project. That’s their job if they want to stay elected – represent us aggresively.

6. If you are elected Kingston’s next mayor, what immediate challenges will you focus your attention on? Further, what do you assess as being your top local priority, and how you propose to ensure it is successfully realized/managed during your first term as mayor?

Kingston is made up of many communities that combine to make this city a fabulous place to live. I encourage your feedback! I will be expanding on these topics and sharing many more brought to me by the public as the election date gets closer – looking forward to hearing from you!