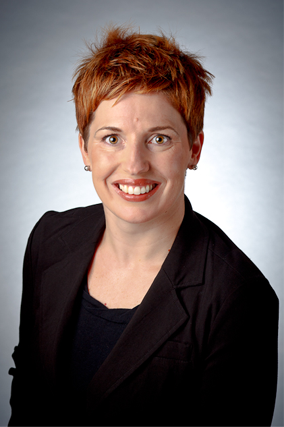 1. Kingston has made some modest strides over the past few years to become Canada’s most sustainable city. What are the key environmental areas that you feel the city needs to improve upon? If elected, how would you and your party support continued green development in the Limestone City?

One of the areas of which the city could improve upon is Kingston Transit. We support the work that the city has done, but we can not leave the responsibility solely on them. There are many things that the provincial government can do to help the transit needs here in Kingston.

The infrastructure resources that have been provided by both the Provincial and Federal governments have been few and far between. While the City of Kingston has made stides to promote public transit, the majority of their focus has been on personal vehicle use, by investing in road expansions. In order to make the move to a more environmentaly sustainable city, we need the support from the provincial government. To date, that money or guidance hasn’t come.

As member of Provincial Parliament, I will work to start the development of a better transit system by first freezing the costs of public transit fees. This step will help make access a bit more affordable for people thus spurring more usage. This action also comes with investments in municipalities with actual operating dollars dedicated to transit infrastructure and development.

2. Middle and lower-income families have been under increasing financial pressures over the past few years thanks to high gasoline and utilities costs as well as the new harmonized sales tax. What relief, if any, can you promise to provide those who are experiencing difficulty making ends meet?

Every single day, going door-to-door, I hear heartbreaking stories about how families are feeling the pinch. These families have to choose between buying groceries, paying their electricity bill or having their children involved in extra-cirricular activities. Factor this into the fact that the city’s vacancy rates are among the lowest in the country, and we must ask ourselves when will we get a break?

As your member of Provincial Parliament for Kingston and the Islands I promise to make life more affordable for everyone. New Democrats will take the Harmonized Sales Tax of of daily essentials such as electricity, home heating, and gasoline. We believe that it is time to shift the tax burden back onto corporations, and off middle and lower income families.

3. Post-secondary tuition fees have been on the rise for years, while they recently hit an all time high, averaging over $5,000 per year. Should changes to OSAP be considered? Otherwise, what do you propose to lessen the burden of tuition fees and daunting student debt loads?

Over the past decade I have been fortunate enough to seek a higher education in different institutions across the county. Because of this, I have acquired a personal debt of near $60,000. I know all too well what kind of burden a debt like that can be when you are attempting to start a new family or buy your first house. Students across Ontario have the highest tuition fees and the lowest per capita spending on postsecondary education in the entire country.

Over the past 15 years Ontario undergraduate and graduate students witnessed the complete about face in education reform. Universities have been starved by governments and have been forced to seek massive investments from the private institutions. More over, research at the heart of higher education has seen problems with faulty data. As a result, people have been fired because of a lack of accountability. Also during this time, students saw tuition fees increase by 30 per cent.

As your next member of provincial parliament I believe in affordable access to education. New Democrats will immediately freeze tuition fees for college, undergraduate, and graduate students. We will eliminate the interest on the provincial portion of Ontario student loans. We will also work to expand the reach of the Ontario Ombusmen to protect staff whistle blowers.

This is a question of fairness to us. If we want students to be our future, we can’t keep burdening them with debt.

4. In Kingston we have the Limestone District School Board, and the Algonquin and Lakeshore Catholic District School Board, both of which receive public funds via the Ontario Ministry of Education. Do you believe that funding or legislative changes are necessary to address concerns regarding secularism and discriminatory actions in our education system?

Fundamentally the system in Ontario isn’t working for any of the boards (French Public and French Catholic included). Students are being pushed through their schools and teachers are being forced to teach to standardized tests. This system does not allow for children to be properly educated or discover their own personal strengths and interests.

As your member of provincial parliament, I will help to ensure that more revenue is invested in the core teaching services inside the classroom. We will invest in Education Assistants to help address the needs of a growing gap of children in the schools.

5. Our health care system has various shortcomings, including: lack of bed space, home care services, and rising prescription drug costs. How would you and your party address these issues to improve health care in Ontario?

Our healthcare system is falling drastically short of meeting the needs of the people in Ontario. Services are being cut as the system becomes more inaccessible. Wait times in emergency rooms have been neglected, because of claims of massive cost overruns. In communities all across Ontario we have seen cuts and outsourcing of local healthcare and services, which is jeopardizing quality patient care and safety.

Right here in Kingston, the workers of our General Hospital has held a massive campaign to increase funding to keep food local and invest back into the hospital with the not-for-profit cafeteria services. This campaign speaks to the growing incline towards privatization because hospitals have been starved for funding.

As your member of Provincial Parliament I will immediately cap public CEO salaries, ensuring that public money goes directly into frontline care. This particular move will allow us to invest $80 million into where it is needed most. We will phase out the local health integration networks and make healthcare directly accountable to local communities, rather than passing the buck to administrative counter-parts.

New Democrats have also committed to cut emergency room wait times in half, to end ambulance fees and eliminate the waiting list for long-term care. Our investments in homecare will help to ensure that seniors have the ability to live with dignity in their homes longer. Finally we will focus on reducing the costs of prescription drugs as a priority in upcoming negotions around a new national health accord in 2014.

6. What do you see as the biggest challenge facing residents of Kingston and the Islands over the next five years? Further, if you are elected as our next Member of Provincial Parliament, how do you propose to solve it?

Having knocked on over 10,000 doors in our community, I have had the opportunity to listen to the concerns of many families across this city. Without hesitation the most important issue in this election is the cost of living. We are attempting to do everything we can to make life more affordable for people in the most environmentally and fiscally responsible way.

As your member of provincial parliament I will work with the city of Kingston to invest in more affordable housing.

We have a responsibility to make sure that people have safe affordable place to live.

In this election I want to help provide the change that puts you first at Queen’s Park.

In this election I ask for your support.