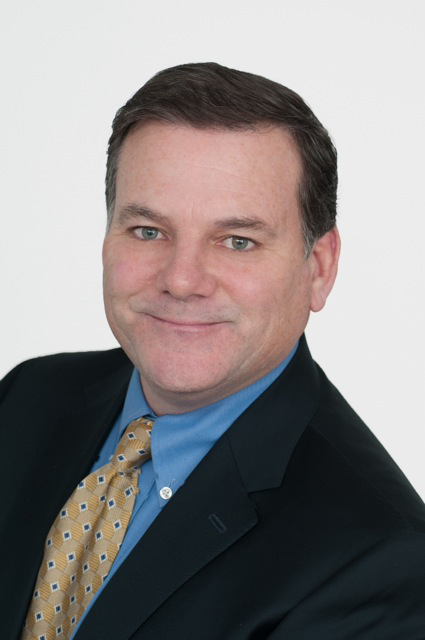 During the final week leading up to the 2014 Ontario Provincial Election, Kingstonist will feature interviews with all five of the candidates vying for the seat in for Kingston and the Islands.  Each candidate was presented with the same set of questions concerning key local issues, while these were created in consultation with our thoughtful readers.  Our election coverage continues with our first interview featuring the Progressive Conservative candidate, Mark Bain.

1. For the first time in 19 years, Kingston and the Islands will have a new voice representing them at Queen’s Park. Why do you think you are the best candidate for job?  What unique experience and insight sets you apart from other candidates and makes you the best choice for voters?

The province of Ontario is in the midst of a crisis. A crisis of confidence in our government which we have not faced in our lifetime. The past decade of Liberal governance has seen our provincial debt doubled to nearly $280 Billion. Budget deficits are out of control. The current Liberal government is only adding to the problem spending an additional $1 Billion more than we have each month. This is money we simply do not have. The Liberals do not understand, or just don’t care that we cannot keep on spending like this. I do. After earning my BA and MBA at Queen’s, throughout my professional life I have based my decisions on sound fiscal financial management in all my endeavours. From my time working in government at the Ontario Ministry of Social Services to owning and operating several businesses over the past 20 years, I have conducted myself with five key principles – Transparency, Accountability, Trust, Leadership and above all Integrity. I want to see Ontario return to be the beacon of hope and prosperity in this great land. I want an Ontario that is once again the economic powerhouse of this country providing opportunities for good, well-paid jobs for all. I want an Ontario that offers not hand-outs to insiders and the well-connected, but a hand up to our most vulnerable citizens. I want an Ontario that delivers the best health care in North America to ensure all patients receive the care they need when they need it. And I want an Ontario that puts an end to government over-spending, expensive hydro, ridiculously high taxes, and billion dollar scandals wasting your money. I want an Ontario that WORKS for YOU.

We must start by getting our province’s finances in order so we can stop paying interest on debt and starting using that money for services. We must reject the Liberal plan to increase Hydro by another 42%. Our plan will provide immediate hydro rate relieve. We must ensure that the Liberal plan to grab more of your money via a mandatory “Pay Roll Tax” is defeated or you face less take home pay. I am ready to put my experience and expertise to work for everybody here in Kingston and the Islands at Queen’s Park. Our plan is bold and desperately require to get good jobs back in our area so we can enjoy a brighter future with our families.

2. Middle and lower-income families throughout Ontario have been under increasing financial pressures due to the high cost of living, including utilities and basic food costs. What relief, if any, can you promise to provide those who are experiencing difficulty making ends meet?


In my travels throughout the riding during this campaign meeting with voters at their front door there is one issue that arises every day… our outlandish hydro rates. Ontario has the some of the highest electrical rates in North America and every day I meet citizens in this riding who are have become “energy poor” unable to afford to live in their own homes. I have met people right here in Kingston and the Islands who spend their evenings at home by flashlight, wrapped in blankets because they’re afraid to turn on the lights and heat. A PC Government will remove the Debt Recovery Charge from your hydro bills immediately and stop the expensive and counterproductive power subsidies that are costing us billions. We reject the Liberal plan to raise hydro rates by 42%. We shall focus our efforts on cost reduction, eliminating waste and reducing the hydro bureaucracy so that we all can live in comfort and dignity.

3. What is your position and rationale for/against the recommended closure of KCVI and QECVI respectively. If elected, how do plan to support local students and respect the educational needs of Kingston’s neighbourhoods?

The issue of school closures here in Kingston has been charged with heated debate and high emotion for many months now by all involved. Parents, students and other stakeholders have expressed clear points of view on the various ramifications of this matter from the ultimate location of a possible new school, to the costs of construction of a new institution and the potential disruption to the lives of students. As the MPP for Kingston and the Islands I will certainly consult and collaborate with all interested parties to move the process forward and achieve a satisfactory resolution of the issue. Ultimately, of course, our main concern here must be what is in the best interests of our children. To that end, a PC Government is committed to an educational system with higher standards so more students are prepared to lead full productive lives and get good jobs. We will raise the standards for reading, writing and math, plus place more emphasis on sciences. We will also introduce students to the potential of a job in the skilled trades starting in high school as a path to a rewarding well-paid future career. And we will expand Special Education programmes because we believe no student should be left behind. The Liberal plan to close and build new schools on the eve of an election is highly suspect and questionable. No “real” funding has been identified and given our Provinces’ financial position no real discussion is possible until we know we can afford the solution. The same issue is taking place with the Liberal plan to build a new hospital in this riding. The Liberals are in debt up to their eye balls and have no money to build the hospital. Instead of planning and managing the budget to find the funding the funding they turned to an expensive privately built model that we will pay dearly for.

4. Many local constituents are concerned about the possible relocation of a gaming facility from Gananoque to Kingston? While it is acknowledged that this issue is the subject of a referendum during the next municipal election, what is your position regarding this transformative issue? (Do you believe the benefits outweigh the concerns or vice versa?)

The question about the closing of the casino in Gananoque and relocating it to Kingston is yet another example of Liberal partisan political expediency, pure and simple. The McGuinty-Wynne plan for taxpayers to build and open new casinos across Ontario in hopes of gathering more revenue is a disasterous mistake. My personal sense here is that the Liberal-based OLG bureaucracy has already made the decision to open a casino in Kingston regardless of what people in the riding say. Prior to any casino discussions, Liberals quietly changed the act removing all “mandatory requirements” for public consultation before casino approvals could be placed in Ontario communities. Our Government will be restoring the public consultation process in to the casino debates as well as all municipal input to land planning and development that was removed by the Liberals leaving our Municipal Government powerless.

5. Do you (and your party) support improving democracy by allowing Citizens to use the preferential voting system that provincial political parties use to democratically choose a winner? Is this sort of electoral reform something you would consider addressing before the next election?

The use of preferential voting to determine which political party would form the government in future elections is not a position which is supported by myself or the PC party at the present time. The concept of representative democracy is the basis of our parliamentary political system throughout Canada. It has served us well throughout the history of our province. I believe that a local representative who lives in the area he/she represents with strong ties to the local community and an understanding of the concerns of those he/she represents both by direct contact with the people in the riding and through their constituency office, is in a much better position to raise issues of local interest and advocate on their behalf at Queen’s Park. Furthermore, in a multi-party environment such as we have in Ontario, preferential voting would only lead to even more minority governments, more unnecessary elections and overall governmental instability.

6. If you are elected the next Member of Provincial Parliament for Kingston and the Islands, what immediate challenges will you focus your attention on? Further, what do you assess as being your top local priority, and how you propose to ensure it is successfully realized/managed?

When I am given the great honour of serving Kingston and the Islands as your MPP I shall be joining a team of dedicated PC parliamentarians who are prepared to go to work immediately with our primary focus on getting Ontario back to work. Jobs are desperately needed here in Kingston and the Islands were we lost hundreds of jobs this winter due to the sheer pressures of running a business in the economic climate created by the current Liberal government. We will act immediately to assist entrepreneurs, large and especially small businesses, by balancing the budget in two years, faster than any other party has projected, reduce business taxes to draw in job creators, freeze government salaries, including MPPs, reduce the size of government by a mere 10% over a four-year period to save billions, and cutting the mountainous volume of government red tape by at least a third. All the while we will be moving ahead improving the services we care about most… Health Care, Education and Affordable Hydro. And once we have gained control over our province’s finances we shall implement a full 10% personal tax cut for all Ontario families. We all have a job to do and ours is to restore OPPORTUNITY and HOPE in Ontario!