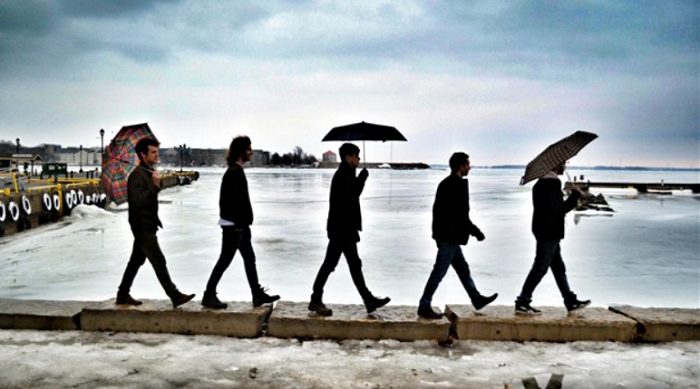 If you live in Eastern Ontario, there is a good chance that you have heard of Lost Cousins by now. The Kingston band, who formed while attending Queen’s, entered a song into CBC’s Searchlight Competition and made it all the way to the semi-finals and were crowned the regional champions for Ottawa.  Lost Cousins already had a good following amongst their university peers and could be found playing in local venues on a regular basis.  Since their Searchlight success, the band has been dealing with a sudden whirlwind of national attention.  Upon hearing they did not go on to the finals, the band posted this on Facebook:

We’d like to give a huge shout out to ALL OF YOU for your part in our CBC Music ?Searchlight? run over the past month and half. Although we didn’t advance to the top four, the contest was an incredible experience – we made top 30 songs of the week on CBC Radio 3, were interviewed on the radio multiple times, and were voted as the top artist in the Ottawa region. We couldn’t be more thankful for all of the support we’ve received throughout the run. Keep your ears open for Lost Cousins shows in your area over the coming months.
Peace and love, LC ?

And boy, are there shows in the coming months!  The band already had plans for a tour but looking at their current schedule, it’s clear that a lot more opportunities have come their way since their Searchlight experience.  You can catch them in Kingston several times over the next little while.  They’ll be at The Grad Club with fellow Searchlight finalists, Ivory Hours on June 5th, The Toucan on June 13th and The Mansion on July 16th – all with shows in Toronto, Ottawa, London and Barrie in between.  The quintet will also be taking the stage at this year’s Wolfe Island Music Festival alongside The Constantines, Hayden and Operators.  Until then, here is a video the group released from their EP release at The Mansion.


Lost Cousins: Conscious Slips Below from Beechwood Productions on Vimeo.