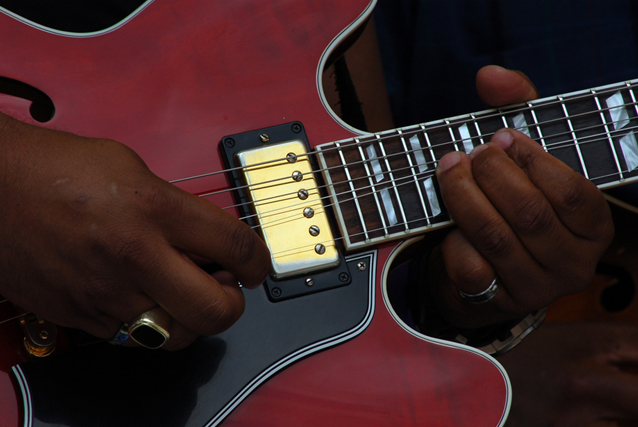 Next week is the 13th annual Limestone City Blues Festival. The music will be spread throughout downtown, both indoors and out, while the opening night will feature a show at the K-Rock Centre.

As a Kingston musician who likes to think she can play the blues, I will give you this tip: be sure to check out as much of the local stuff as you can. I daresay the Kingston Blues Society is one of the best kept secrets in this city. I’ve been jamming once a month with Mojo Shooter for about two years now and I honestly believe this is where to find some of the best music in Kingston. Each night there will be a jam at the RCHA Club (193 Ontario St., through the blue door and up the elevator) featuring Mojo Shooter and some of Kingston’s best musicians. This is great place to hear some great tunes and get your dance on or to get up and play a few yourself. Be sure to get there early though, these jams fill up quickly. Things get rolling at 9pm.

As for the rest of the festival, the following is a detailed schedule of events to keep you busy. You’ll notice lots of repetition in the scheduling, which should allow you to see almost everyone.

In addition to the main stages, there will be performances all day at Confederation Basin and evening shows in various downtown hot spots.

Thanks to cgauthier2112 for image accompanying this guide.