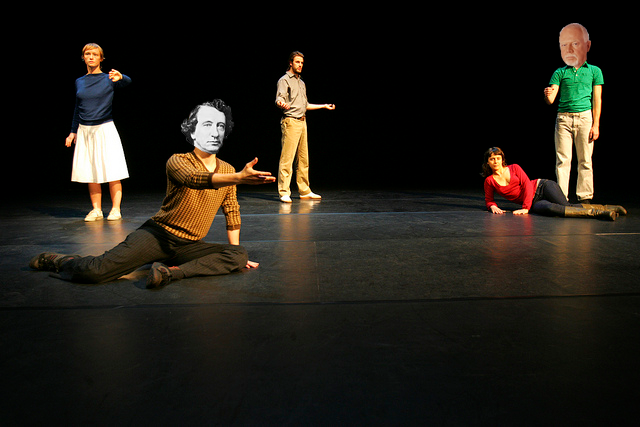 Musical theatre is not something that I proclaim to be an expert on, although I’ve seen my fair share and possibly yours over the past decade or so.  My wife has an affinity for musical theatre, performing in numerous pit orchestras, as well as frequently sitting on the opposite side of the stage as an enthusiastic audience member. Therefore it should come as no surprise that I’ve been forced to endure stiff, cushionless seats, and countless professional and amateur productions over the years.  Truth be told, musical theatre has kind of grown on me, and I’ve actually enjoyed big and small stage shows such as Wicked, Bye, Bye Birdie and Cabaret.  These rather traditional  productions are somewhat at odds with the unlikely cast of characters Broadway has birthed in recent years. Who would have thought that the likes of Carrie, Spiderman, Mormons, or even a handful of Hobbits, Dwarfs, Elves and Orcs from Middle Earth were deserving of their very own musicals? This all got me thinking about:

Which famous Kingstonian deserves to be the subject of a musical?

Admittedly, this week’s poll isn’t entirely fair, as one of the nominees has already been immortalized in an upcoming musical theatre production. As a part of Sir John A.’s 198th birthday celebrations, Sir John, Eh? The Musical runs from January 9th to the 12th at The Grand Theatre. This lighthearted adventure follows a band of young musicians who unexpectedly encounter the ghost of Canada’s founding prime minister and his first wife, Isabella, on a summer night stroll through the Cataraqui Cemetery. The production is billed as a ghost story, a love story, a rollicking comedy, a tale of scandal and great achievement…warts and all. I’m extremely curious to see how this will unfold on stage and how Sir John A. is portrayed, for better or worse. So much so, I’ll be there on opening night! If you’re interested in scooping up a pair of tickets courtesy of the Sir John A. Macdonald Bicentennial Commission, stay tuned for a giveaway we’ll be conducting this Thursday.

Back to the question at hand, which Kingstonians would you love to see immortalized via infectious song, electrified dance and lonely soliloquies? Just what would a musical involving Don Cherry or Zal Yanovsky involve? Would it be best to select deceased Kingstonians as subjects for musical fodder over those who are still kicking around? What stories would you tell with a cast of famous Kingstonians? Drop off your thoughts below!

Thanks and credit to dancetechtv for the photo remixed for today’s post.