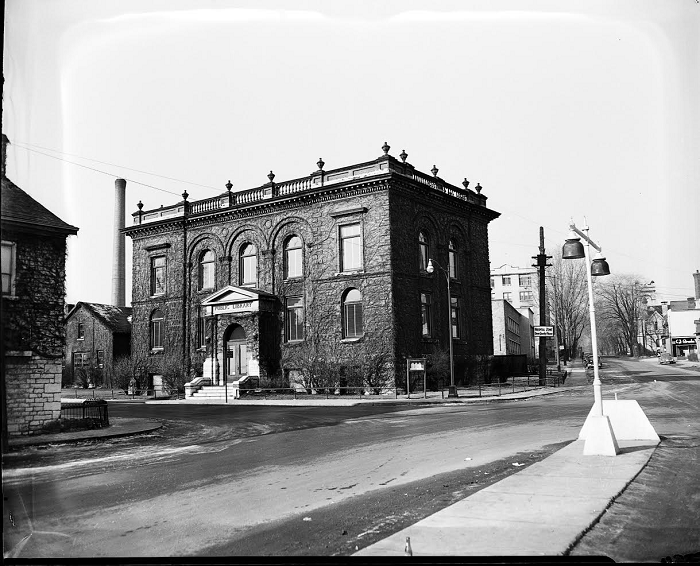 Stephen Miles, former publisher of the Kingston Gazette, started book lending in Kingston when he formed the Kingston Social Library out of his office in 1812. From there the operation was absorbed into the Kingston Mechanics Institute in 1834 as a private lending library where members could borrow books for ten shillings per year, and finally into the Kingston Public Library in 1882 with the passing of the Ontario’s Free Libraries Act. In 1925 G.Y. Chown, former Queen’s University registrar, donated the Milk Trust building on the corner of Brock and Bagot, a former dairy operation pictured above. With its first expansion in 1948 when a new wing was added, this was the central library until 1978 when the new Central Branch was opened on the corner of Bagot and Johnson, now closed to receive its own renovations.