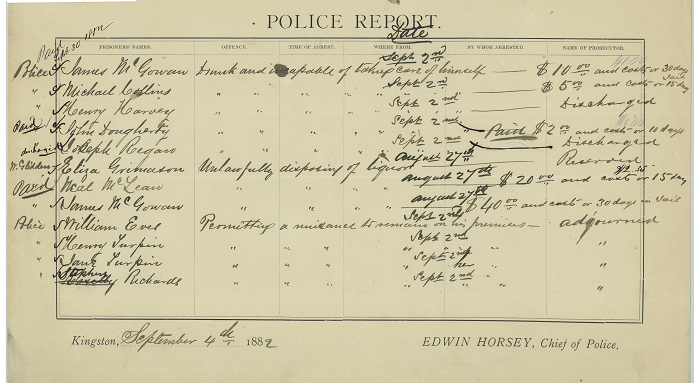 The document above is the arrest record of the City of Kingston police department for September 4th, 1882. One can imagine the story behind this list, perhaps a raid on a saloon, arresting barkeeps and customers alike. Using records such as this The Cellar Door Project has created “The Lockup,” a one-act drama that introduces the public to a few of the prisoners who actually inhabited Kingston’s City Hall lockup in the nineteenth century. The play runs nightly Tuesday through Thursday until mid-July in what used to be the old city jail in the basement of City Hall. Be sure to check it out!