2016 was a banner year for tourism in Kingston, thanks to the addition of a hugely popular attraction: Kingston Penitentiary Tours.  The fact that we had the opportunity to see inside KP was a miracle indeed, as it involved lengthy negotiations amongst three levels of government.  News of the guided tours was somewhat late to be announced, which left those in the tourism industry little time to plan and ultimately leverage the new attraction during peak season.  Fortunately that didn’t hinder demand, as the tours sold out, day in and day out, drawing people from all corners of Canada, and beyond.  From the families of former inmates and guards, to curious area residents, historians, and photographers, Kingston Pen helped raise the city’s tourism game by a huge margin.  While tours will continue next Summer, we’re keeping a cautious eye on developers with big ideas for Hatter’s Bay, aka Kingston Pen and Portsmouth Olympic Harbour.  Given it’s historic significance and proven record from a tourism standpoint, doesn’t it make sense to preserve the vast majority of this iconic institution and embrace it’s reputation as the Alcatraz of the North? 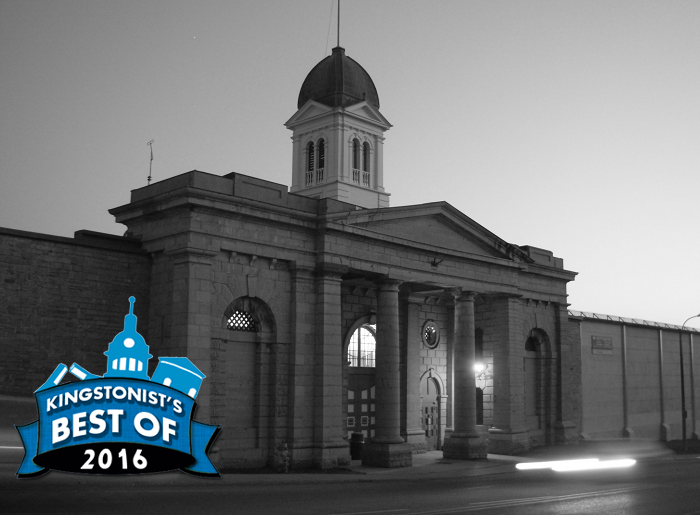 Since its closure in 2013, questions have been raised about the future of The Kingston Pen. Should it be torn down? Turned into condominiums, a museum or even a world-class sailing centre? In 2014 it opened its doors for five weeks, offering tours to the public and raising $300,000 for Habitat for Humanity and The United Way of Kingston, Frontenac, Lennox and Addington. Tours of the Pen were the hottest ticket in town, selling out in minutes and even being resold on sites like Kijiji for more than triple their value. Thousands of visitors came from all over the country and The United States to see the infamous maximum-security prison.

Last Friday, government and tourism officials announced that KP will open its doors once again for tours running from mid-June to October 29th 2016. The tours will be organized and run by Fort Henry staff from the St. Lawrence Parks Commission and will create 30 new summer student jobs. This experiment, which Mayor Paterson refers to as a “visioning exercise” will give the city a sense of where to go next with the prison property and the neighbouring Portsmouth Harbour. The project is expected to bring in at least $6 million in tourism dollars over the four month span and a large portion of that will be donated to local youth initiatives through The United Way KFL&A.

The building, which was designated a National Historic Site in 1990, has incredible potential both financially and historically. Considering that, this week we want to know:

Should The Kingston Penitentiary be permanently open for tours?

While past experience has shown that tourists are interested in visiting the “Alacatraz of the North”, seeing the inside of those walls is something that many Kingstonians are interested in too. Opening the doors will give us an opportunity to learn more about our city’s history and to understand the conditions in which people lived and worked. So, what do you think? How did you vote and why? What is it that fascinates us so much with seeing the inside of places like The Kingston Pen? How likely are you to visit? Drop off your comments below.

One thought on “Best of 2016: Kingston Penitentiary Tours”