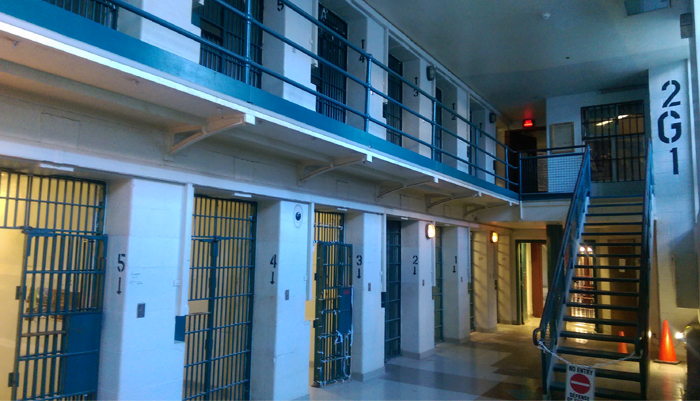 While Summer 2016 will undoubtedly be remembered for The Tragically Hip’s epic homecoming celebration, it’s also the year that Kingston stepped up its tourism game with the addition of the city’s most notorious landmark.  Since opening to the curious public in mid-June, Kingston Penitentiary tours have consistently sold out, proving that this feared and fabled institution could easily become a permanent pillar of the city’s roster of tourist attractions.

The popularity of Kingston Penitentiary tours is the result of a remarkably unique experience that affords intimate views of the cell blocks, solitary units and the perilous exercise yard, which thousands of the country’s most infamous criminals called home during their respective sentences.  KP’s success as a tourist draw is also derived from the unique stories that are told by former guards and wardens along the way, who provide first hand accounts of what really transpired inside the prison’s walls.  From the deadly four-day riot in 1971, to successful and foiled escapes, as well as the original purpose of the prison’s iconic bell, former staff recount both lighthearted and grim tales regarding the historical institution.

Kingston Penitentiary tours were without a doubt the hottest ticket around in Summer 2016, and the St. Lawrence Parks Commission deserves special recognition for minimizing ticket reselling and gouging by scaplers.  Looking forward, I believe that many Kingsonians and visitors will agree that this preliminary visioning exercise has demonstrated the cultural value of KP, and its potential as a premier tourist attraction.  Whether it’s the primary destination for tourists or another affordable and attractive option for people to consider when they’re simply passing through, we need to move beyond the testing phase and consider develop Kingston Penitentiary into full fledged tourism gem.

Check out some of the photos we snapped during our recent Kingston Penitentiary tour.