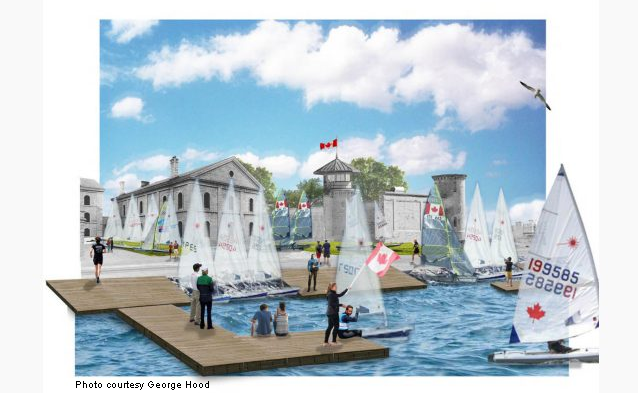 The decision to close Kingston Penitentiary was undeniably the Limestone City’s biggest and most controversial headline of 2012.  The initial announcement was met with a flood of disappointment and skepticism as Kingstonians challenged Ottawa to demonstrate how the closure of Canada’s oldest prison would result in savings for tax payers, and wondered how it would affect those employed at KP.  Ted Hsu, MP for Kingston and the Islands, responded with similar questions regarding the government’s figures and calculations, which sparked a brief exchange in the media with Public Safety Minister Vic Toews.  Unfortunately, Kingstonians were left without any real resolution on the matter, while the only thing we knew for certain was the fact that the federal government has no plans for the national historic site after its closure.

Of course, the closure has now come and gone.  Thanks to sold-out tours organized through the local United Way, 9,000 history buffs and interested looky-loos from across Canada have now had their chance to peek on the other side of KP’s storied walls.  The feverish demand for tickets to step foot inside the former maximum security prison has resulted in renewed calls to preserve as much of the facility as possible via an Alcatraz-styled tourist attraction and expanded museum.  A hybrid plan has also emerged that would see Kingston Penitentiary transformed into a $50-million world-class sailing centre, which would compliment the neighboring facilities at Portsmouth Olympic Harbour and benefit annual events such as CORK.  The proposed sailing facility would include accommodations for athletes, a fitness centre, an indoor rowing tank for practicing during the off-season, and a 300-foot-wide launch ramp.  The ambitious vision would also mix in a 500-unit residential condominium, restaurants and commercial space, creating a new village within Portsmouth.

Much to the dismay of those hoping to preserve Kingston Pen as-is, this proposal would necessitate the demolition of many of KPs exterior walls, save for the iconic north-facing entrance along King Street.  Hopeful developers state that some of the existing structures inside the walls could be saved and used as the prison’s museum.  But is that enough to appease those hoping to preserve and protect local heritage sites?  Accordingly, this week’s poll asks:

Are you in favor of the proposal to convert KP into a sailing facility?

While this may be the first tangible proposal to emerge since Kingston Penitentiary’s closure was announced, I’m also anxious to see what other developers might pitch in the years to come.  What are your thoughts on converting KP into a sailing centre? How would you like to see this 9 acre waterfront gem transformed in the years to come?