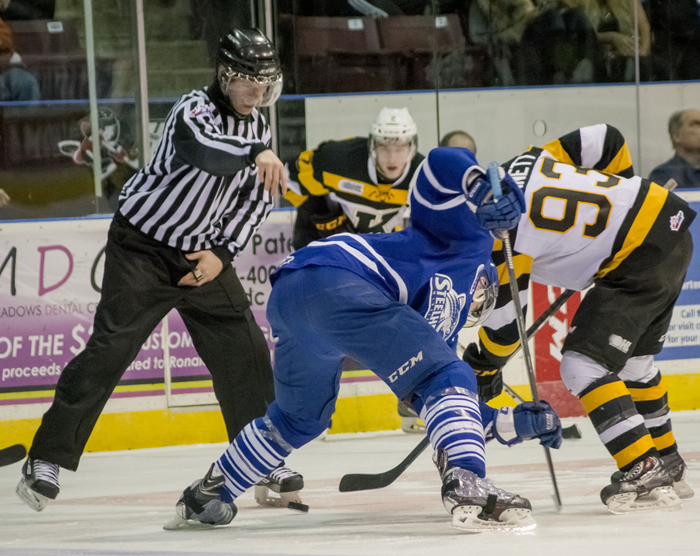 With the Kingston Frontenacs emerging from the regular season as the 2016 Eastern Conference Champions, excitement regarding the team’s post-season potential is hard to miss.  This past weekend, the Fronts embarked on their highly anticipated playoff journey, facing off twice against the eighth place Oshawa Generals – who just happen to be the 2015 Memorial Cup Champs.  With two decisive victories now in hand, naysayers are seeing the light thanks to #FrontsFever.  With your wildly optimistic hopes and educated guesses in mind, this week’s poll asks:

How far will the Fronts will go in the 2016 playoffs?

It’s hard to forget that the Fronts have not been able to make it beyond the first round of the playoffs in well over a decade.  In fact, the franchise hasn’t made it beyond the first round of the playoffs since 1998, leading a superstitious few to wonder if the team has some sort of post-season curse.  With the abysmal stat in mind, it’s no wonder there’s been a sudden uptick in black and gold fans, or an increased number of enthusiastic discussions centered on just how deep into the post-season they could go.

The Fronts have had decent draft picks in recent times thanks in part to GM Doug Gilmour, who has also brokered some solid trades, including scooping up players with valuable post-season experience.  The mix of playoff and championship experience, and a hunger to win will hopefully go a long way to help the team hoist the Memorial Cup for the first time in franchise history.