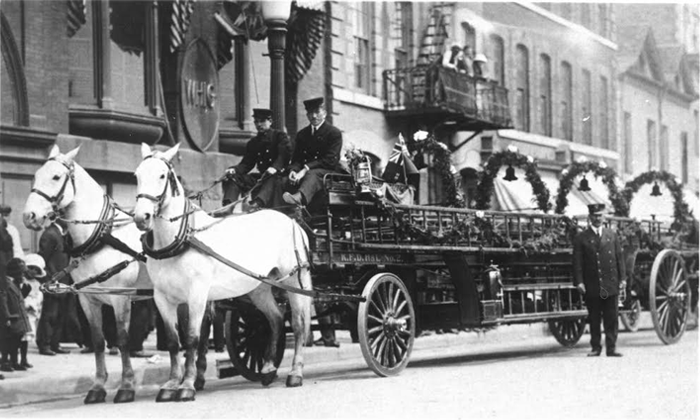 Kingston’s firefighters have long kept the city’s citizens safe from harm. These gentlemen, on parade with the department’s hook and ladder carriage circa 1915, would have had a fair amount to deal with in an age before smoke alarms. In early Autumn, 1893, the British Whig reported one such incident:

This morning about 1:45 fire broke out in a shed belonging to Fred Clark, foreman of the Kingston & Pembroke roundhouse, on Grove Street. He was awakened by the whistling of a K&P engine which was passing