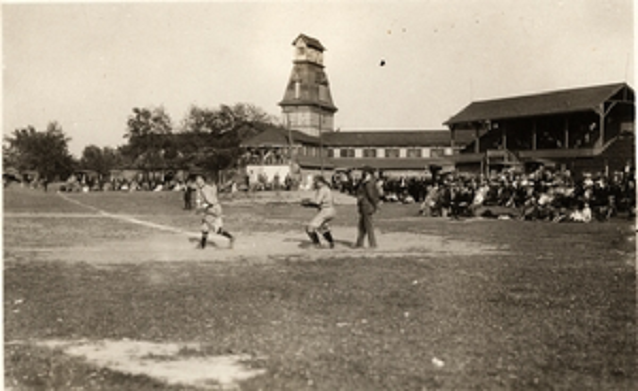 Baseball season is here! This photo of a Kingston game circa 1925 is of interest for more than just that reason though. The photograph is one of few which gives clear vantage of the building in the background, the Crystal Palace. Built in 1856, the Kingston Crystal Palace was the first one built in Canada. There were many that followed (Picton has a fine remaining example) that were all modelled off of the original Crystal Palace that had been erected for the 1851 World Exhibition in London, England. The Crystal Palace in Kingston no longer exists, though Palace Road, where the building stood, bears its name in honour of the structure that used to be there.

3 thoughts on “The Kingston Crystal Palace”