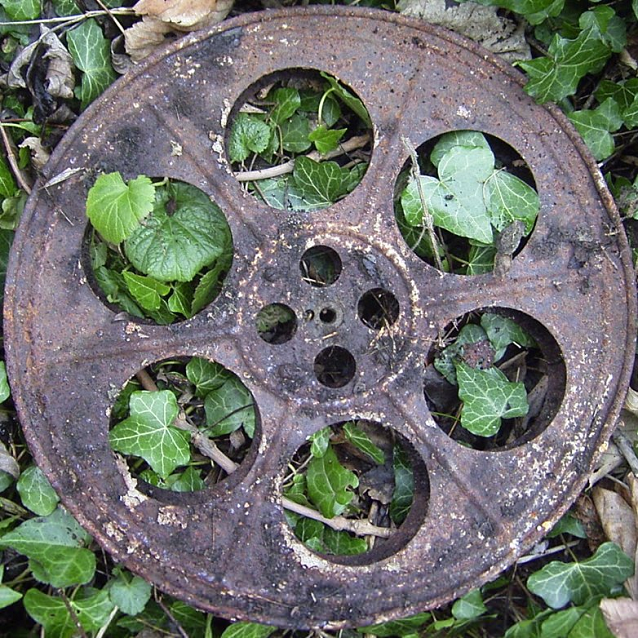 As we begin to look forward to the Kingston Canadian Film Festival, which runs from 27 February to 2 March 2014, we’re taking time to explore a side of the festival that oftentimes does not get its due. All of the fantastic screenings, valuable workshops and fun receptions that are a part of the festival would not be possible if not for the tireless efforts of the volunteers responsible for planning and executing every little detail. I was fortunate enough to connect with Maggie Duke, a longtime volunteer for KCFF, who provides her insight regarding what goes on behind the scenes at the festival.  Maggie is a retired teacher, an avid swimmer and biker, and in case you were wondering, she goes to the movies a lot!

1. Tell us about yourself, your background with respect to volunteering and how you came to be involved in the Kingston Canadian Film Festival?

A lifelong lover of film, I’m an ex-pat New Yorker with a Master’s degree in film from Columbia University. While in film school I had some interesting part-time jobs. I wrote freelance film criticism for Interview Magazine as well as for the Village Voice. I was also a script reader for MGM films which entailed advocating for the scripts I liked to be considered for possible production. After living in Toronto for many years my husband and I moved to Kingston in 2005 and I began to volunteer for the KCFF shortly thereafter. I had read about the festival when I lived in Toronto and knowing no one in Kingston when we moved, I thought that volunteering for it would be a good way for me to meet people with similar interests and contribute to something I felt passionate about.

2. What does your job entail during the weekend’s activities? Do you have any special KCFF moments that stick out in your mind from past years?

I have done many things at the festival over the years: counting attendees; collecting tickets; putting up posters; handing out people’s choice award ballots; selling tickets at the venues. Selling tickets has become my favourite job because it allows me to talk to the public and to the various filmmakers, cast members, and production people who attend the festival. A few years ago I talked with Deepa Mehta when she came to screen her film Heaven on Earth. I had read the book her daughter Devyani had written about the shooting of her mother’s film “Water.” I asked Ms. Mehta to let Devyani know how much I had enjoyed her book and she seemed quite surprised and pleased.

3. Aside from the joy you get from volunteering, are their any fringe benefits do you enjoy as a result of your involvement in the festival?

There are many fringe benefits to being a volunteer. We can sit on the local shorts committee and decide which shorts are chosen to screen before the feature films. A unique experience happened last year when Mychael Danna came to the Filmmaker’s Reception with the Oscar he had just won for scoring the film “Life of Pi.” He did an In-Conversation event with Thom Ernst – the final host of TVO’s Saturday Night at The Movies. We all got a chance to hold the Oscar which was awesome! Another fringe benefit of the festival for me is to see that many of the Queen’s students with whom I’ve worked over the years have gone on to become gainfully employed in the film and media industry, and still return to Kingston to participate in the festival. That speaks to the quality of spirit that the festival engenders.

4. What advice would you offer up to individuals who are potentially interested in becoming a volunteer at KCFF? What should people expect?

5. Part of the challenge of putting on a good show is not letting the audience see to much of the behind the scenes chaos. What’s the most challenging, last minute obstacle you’ve had to address to ensure that the show could go on?

Two things come to mind: a few years ago one of our filmgoers had a medical emergency during a screening. We had to stop the film and call an ambulance. Happily the man in question recovered quickly and actually left the theatre before the ambulance arrived. We were able to re-start the film and determine that the man indeed was all right. I also remember that a few years ago two of the scheduled films had to be changed at the last minute because the wrong films had been sent. Happily we had back-up choices and everyone seemed pleased with those.

6. What are your expectations for this year’s festival? Which films/events are you looking forward to this most?

This year’s festival looks very exciting. Last year was a bit of a transition for us, having lost the Capitol Theatre as a venue, but the Baby Grand proved to be a crowd pleaser and, as always, the Screening Room continues to be a treasured venue. I’m particularly looking forward to two films: Atom Egoyan’s “Devil’s Knot” about the trial of the West Memphis three; and “The Pin”- the first Yiddish language film ever to be shot in Canada.
——————————————
Thanks to Duncan for today’s photo.

One thought on “Six Questions for Maggie Duke”