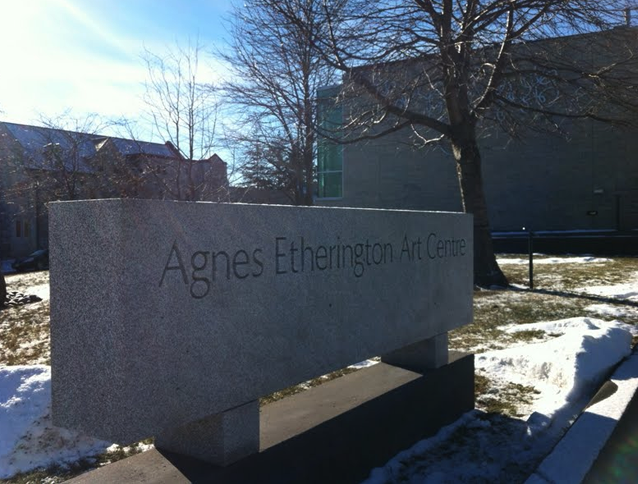 Some children spend March Break watching cartoons, while an inventive few spend March Break making them. This week, the Agnes Etherington Art Centre is holding a two-part workshop for youth that teaches the basics of stop-motion animation. The kids, who range in age between twelve and fourteen, begin the workshop by looking through art to get inspiration for their own adventure story. They can create their own characters, plot, and setting – the possibilities are limitless.

Stop-motion animation, which has only continued to increase in popularity since its beginnings in the 1960s, is the style that most people know and love from classics such as Gumby and Rudolph the Red-nosed Reindeer. It uses the technique of making incremental movements of objects and then playing their images in sequence. In the workshop, the kids create their plots through collage and then take photographs with digital cameras. When all the images have been photographed, the photos are played continuously to create a movie. Kids leave the workshop with a complete film to call their own.

Leading the children’s workshop is local artist Josh Lyon, who keeps busy with puppetry, producing music videos, and playing in three bands. What’s great about his various passions, he says, is that “these things all feed back into each other.” His online portfolio, for instance, includes a number of animated music videos that he produced. Lyon has long been particularly avid about stop-motion animation, beginning from age ten when he would create this style of work by freeze framing VHS tapes. Both the technology and Lyon have come a long way since then, and he continues to experiment with styles and media. “I like to play with a wide range of materials,” says Lyon, “and experiment with new things as much as possible.” Though animation is generally considered a playful style, Lyon has a somber side as well. The music video he produced for Entire Cities (“The Woods,” 2009) shows a lonesome sojourn through an animated forest. Lyon, then, is able to capture the breadth of what is possible with animation. Yet Lyon, despite his demonstrated talent and success, stays modest: “I’m a work in progress,” he admits.

For more information about upcoming children’s programs at the Agnes Etherington Art Centre, visit their site.