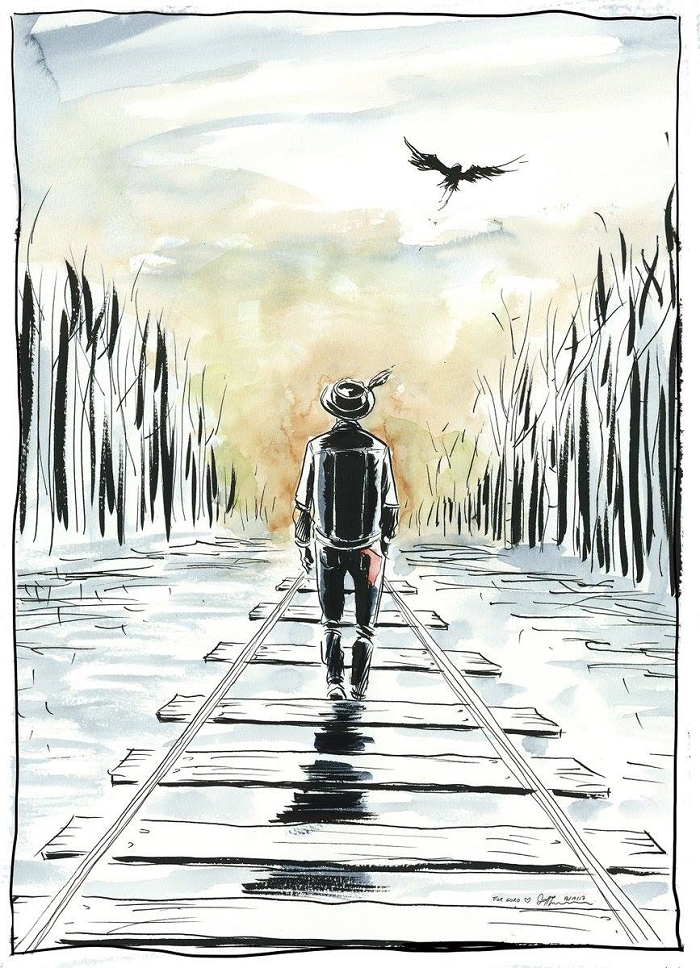 Make a donation. This past Tuesday, Kingston and Canada lost an extraordinary man and artist when Gord Downie, lead singer of The Tragically Hip, died of Glioblastoma, an aggressive form of brain cancer. There has been an overwhelming outpouring of love, respect and grief over the loss of this incredible soul, with ongoing tributes over the airwaves, flags at half-mast and acknowledgement of his work by politicians, artists and fans from across the continent.

Since the news broke of his death, Kingstonians have flocked to market square to give their condolences. A large banner lies on the square with messages of love and thanks to Downie for his work. A shrine of candles, flowers, memorabilia and thank you cards have taken up residence by the brick commemorating that incredible final concert in downtown ygk in August 2016. This week, in honour of Gord, we challenge you to make a donation to The Gord Downie & Chanie Wenjack Fund.

The Downie Wenjack Fund is a part of Gord’s legacy. He was committed to starting a new relationship with Indigenous Peoples by recognizing the deep wounds left by the residential school system, and working to jumpstart reconciliation between Indigenous and non-Indigenous Peoples. Making a donation to this worthy project is the perfect way to honour Gord’s legacy. Visit their site to learn more about the fund’s Legacy Room Project, ReconcilliACTION Grants and The Secret Path.