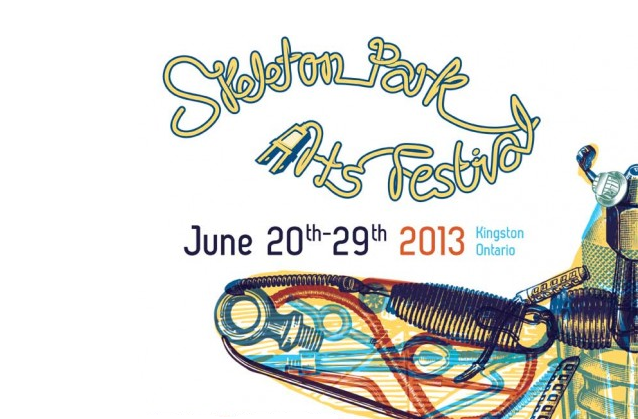 During its eight years of existence, The Skeleton Park Music Festival has grown and developed into one of Kingston’s favourite summer live music events.  This year it will expand once again to become The Skeleton Park Arts Festival.  Organizers have collaborated with The Kingston Arts Council, The Grand Theatre and Limelight to broaden and highlight a wide range of arts over the course of a full week.  Greg Tilson, KAC Programming Coordinator, describes the new formation of the annual event:

[It is] an opportunity to publicly showcase the enormous talent and creativity that exists right here in Kingston, in conjunction with exciting international arts programming.

This new expansion of the festival will capture the ever-changing creative and cultural make up of the city.  Engaging local and international artists alike, this format will create new and exciting performance collaborations between artists of all types and will cover genres including folk, rock jazz and global beats.

Amidst the change and growth of the festival, the original feel and tradition of The Skeleton Park Music Festival will still be present with a full day of free outdoor programming taking place in Skeleton Park (aka McBurney Park) on June 22nd from 10am until dusk.  Below you will find the schedule of events for that day as well as the many other wonderful concerts, art shows and community events taking place until June 29th.  You can hear some of the bands who will be performing this year by checking out The Skeleton Park Festival Sampler Playlist.