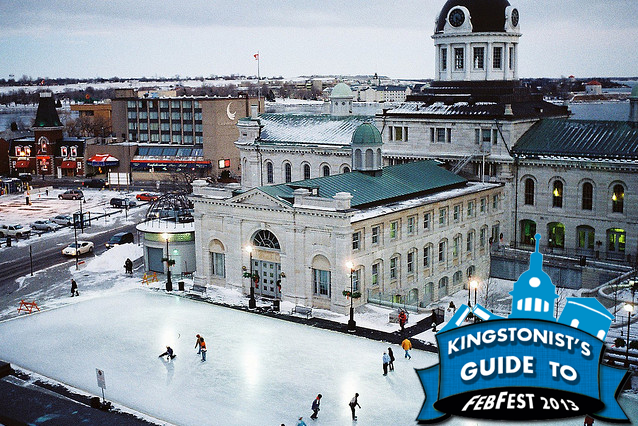 There are two times a year that I like having snow: Christmas and Feb Fest.  So far, Mother Nature has answered my call but now I think we need to start doing some kind of snow dance to make sure we’ll have what we need to make Feb Fest reach its full potential.  Many of the events taking place do not require snow, just keeping the mercury hovering around freezing will keep things going, but my favourite parts of this annual event include the snow sculpture competition, the snow maze and the ice slides.  So here’s hoping we get another dump in the next week (I honestly can’t believe I’m saying this…spring can start asap after that).  In addition to the list of events below, the four days of Feb Fest will also include Beaver Tails, wagon rides and A Toast to Tapas.  So come out of hibernation for a few days and get out and enjoy some wintery fun downtown.

Thursday, January 31st
9am-11:30am: Public skate at Market Square.
12pm-1pm: Opening Ceremonies with the Mayor and the Town Crier followed by a Sledge Hockey game between The Kingston Knights and a team of local celebrities at Market Square.
12pm: The Annual 24 Hour Snow Sculpture Competition between Queen’s, RMC and St. Lawrence engineers begins at Confederation Basin.  This year’s theme is The War of 1812.
1pm-10pm: Public skate at Market Square.
7pm: The Carr-Harris Cup, the annual rivalry game between the Queen’s and RMC men’s hockey teams at The K Rock Centre.  Tickets are $5.

Thanks to jnicholls357 for the photo accompanying this year’s guide. Sourced from our ever-growing Flickr pool!