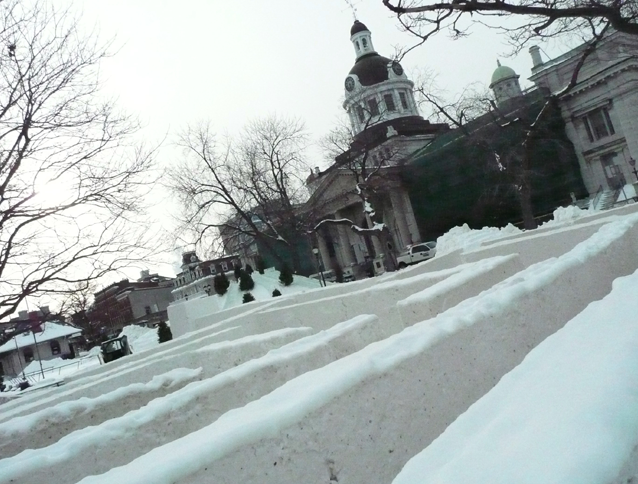 With all the snow shoveling, the constant bundling up in weatherproof layers and adventures in cars failing to start at the most inopportune time, I’d be lying to you if I said that I was a fan of winter. Even so, this weekend there’s plenty of reason to make amends with Old Man Winter and brave the elements.  Even if it’s only for a Beaver Tail!  Final preparations for Feb Fest are well underway, and yesterday I took a quick trip down to Confederation Park to check out the team constructing the amazing snow maze and snow slide, both of which will be operational all day long throughout the 4-day event.  What else do organizers have in store for us this year?  Read on my winter-loving friends!