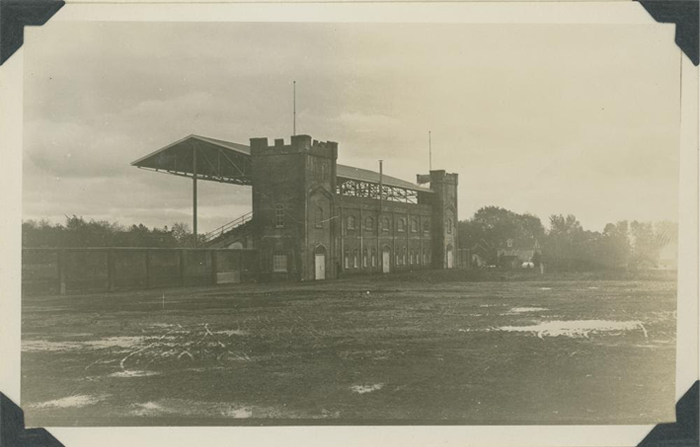 The spot once occupied by George Richardson Memorial Stadium has undergone many changes over the past decades. The stadium above was built in 1920, a gift from James Armstrong Richardson (Queen’s Chancellor from 1929 to 1939) in memory of his brother, George Taylor Richardson, who was killed in France during the First World War. A new stadium was erected in its current location on West Campus in 1971 to make way for Mackintosh-Corry Hall, Tindall Field and a parking lot. This, of course, was restructured a number of years ago to add underground parking and an artificial turf field, and the new Richardson Stadium updated in time for the start of the 2016 football season.