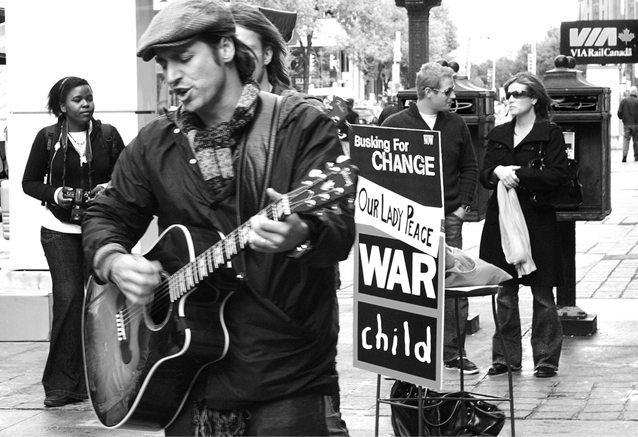 As Queen’s University’s frosh week comes to a close, purple people with strange hairdos, as well as random groups of spirited and cheering frosh are about to fade into the ether of academia.  The week long orientation session wraps up tonight at the K-Rock Centre with a private concert featuring Canadian alt rock super group, Our Lady Peace.  But that may be a bit of a misnomer, as OLP is best known for songs they released over a decade ago, back when I was in highschool.  Sure they’ll put on a fantastic show, but do today’s frosh know, or appreciate their music?  After Sam Roberts put the final touches on frosh week in 2008, I half expected this year’s musical guest to be more relevant and appealing to today’s crop of bright, young minds.   Much to the delight of local year-round residents, the days of having the likes of Swollen Members or Metric play outdoor concerts in a Queen’s parking lot are over.  In any case, Queen’s Alums can still get in on the action by purchasing tickets through Destinations, located in the upper JDUC on the Queen’s campus.  Special thanks and photo credit to Zanastardust for today’s photo of Our Lady Peace busking outside of Union Station in the big smoke.