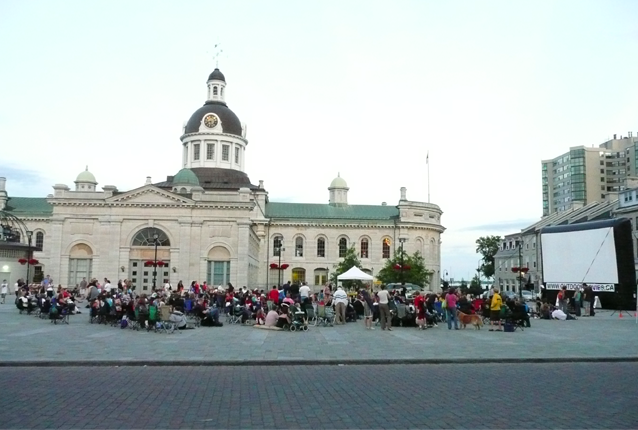 On Wednesday evening, we bypassed the long lines at Kingston’s movie theatres, and ventured out to the Kingston Family Fun World Drive-In to catch the premier of Harry Potter and the Half-Blood Prince.  For the sake of context, I must admit that I have an inexplicable fascination with summer blockbusters.  Prior to Potter, I’d endured Star Trek, Terminator Salvation, as well as Transformers: Revenge of the Fallen.  Unfortunately, Star Trek was the only movie worth it’s salt on our buttery popcorn, as the rest are best described as special effects-riddled fluff.  In hopes of enjoying the summer blockbusters’ best last chance at redemption, without a line in sight, we parked front and centre, and awaited Rowling’s Half-Blood Prince.  But before the end credits rolled, we realized we’d been duped by another sloppy script, with too much snogging, and not enough wizarding.  Could this mark the end of my fatal attraction to summer blockbusters, or does the current trend of terrible mark the death of movies for grown ups?

While wandering around downtown last night, I came across a glimmer of hope, which somewhat restored my faith in film.  Springer Market Square was brimming with lawn chairs and blankets, as a sizable audience assembled to watch Mrs. Doubtfire, showing as a part of Movies in Square.  Most attendees had probably already seen this flick, or were otherwise capable of viewing it in the comfort of their own homes.  That said, there’s something about the outdoor cinematic experience, which has the ability to transform mediocre movies into magical ones. With seven remaining chances to catch a Movie in the Square, you’d be foolish not to attend.

Happy Friday! In case, you’re looking for something to do this weekend, be sure to check out our event calendar.  Otherwise, please visit our Flickr for more photos of Movies in the Square, and the local Drive-In.