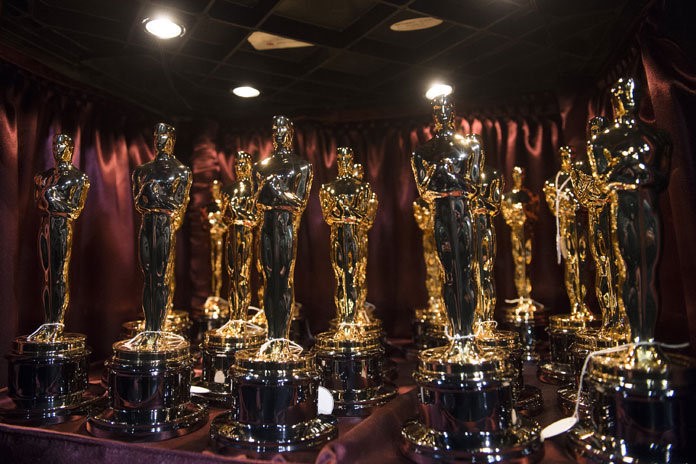 An unshaven JEFFREY THE MOVIE NERD sits on his tattered chesterfield and examines his ELDERLY CAT snoring next to him. MOVIE NERD switches on the internet and scrolls through seemingly endless bookmarks of film industry news and geeky YouTube fan videos. Deciding that ELDERLY CAT has had a long enough nap MOVIE NERD quickly swoops the cat up into his wiry arms and proclaims loudly to its tired feline face:

Its movie time, baby! As the bleak winter drags on here in Kingston, there’s never been a need for escapism more than the frigid month of February. With the shortest yet seemingly cruelest month finally coming to a close, the Academy Awards couldn’t come any sooner. With Hollywood’s biggest night comes the opportunity to forget the sleet and salt for a handful of hours and lose oneself in the pure glitz and unbridled glamour of the movie industry’s most gaudy evening. Nothing shakes the winter blahs off quite like tuning in to hear rich Californians complain that it might drop to an ungodly +10.C with a chance of mild rain! (Take me there now please.)

As a full and complete Movie Nerd, this is definitely one of my favorite times of year. Attempting to binge-watch all of the nominated films, trying to make the correct award predictions and of course which and how many fabulous Oscar parties to attend!

So for everyone out there who’s panicking as much as I am, here’s my personal geek guide for maximum Oscar night enjoyment!

After a quick claw swipe to his ear, JEFFREY decides to put ELDERLY CAT back on the chesterfield and consider his upcoming Oscar party.

ELDERLY CAT stirs on the ratty sofa as JEFFREY continues his mad ramble like an obnoxious acceptance speech that’s run way over time.

Some of my OSCAR PREDICTIONS that you can take to the bank are as follows:

After much nerding out about the Academy Awards JEFFREY decides it’s time to iron out his finest suit, locate his best cattle skull bolo tie, finally feed Elderly Cat and re-watch Return Of The King three more times.

Jeffrey The Movie Nerd is a graduate of Sheridan College’s Media Arts program and is a proud citizen of Kingston. When he’s not spending his time watching too many movies his reviews can be heard every Tuesday Morning on 98.3 Fly FM at 7:50 with Reid & Ben and you can catch him on CFRC 101.9 FM Wednesday Mornings from 8-10. Find him on Facebook @JeffreyTheMovieNerd.