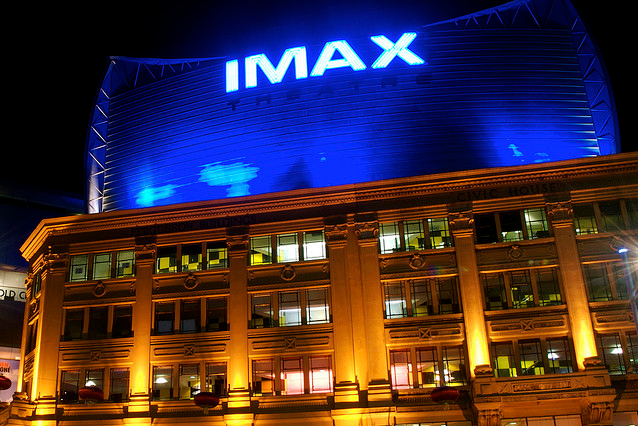 Phase Two of King’s Crossing began to take shape in December 2011 when it was announced that Walmart, LCBO, St. Hubert and Empire Theatre would soon emerge from this sprawling consumer complex located at Division and the 401. Both Walmart and the LCBO were suggested as new locations that would not result in the closure of their respective establishments elsewhere in the city, while St. Hubert would be a new addition to the region.  The cinema was an entirely different story. Not only did Empire Theatres plan on relocating their longstanding downtown institution, rumours quickly emerged that a clause could deter other theatres from opening up shop in the current downtown location.  While that might be a good business strategy for those looking to drive theatre goers to King’s Crossing, and perhaps even an unsolicited benefit for the Screening Room, it has left patrons and downtown business owners scratching their heads.  Accordingly, this week’s poll asks:

Should the Empire Theatre remain downtown?

Last week, the Chairman of the Downtown Business Association, Ed Smith, unveiled a reaching plan that would keep Empire’s silver screens downtown, as a part of the future North Block development.  Presented to Empire Theatres in hopes that the company will take a second look at the benefits of having their operation located downtown, on the doorstep of the K-Rock Centre no less, even Smith admits that the chances of changing course are “slim”.

Empire Theatres presumably knows their audience better than the rest of us.  They’ve likely studied the numbers and concluded that Queen’s, St. Lawrence and RMC students, who arguably make up a majority of the foot traffic downtown, don’t frequent their cinema as much as one might think.  Is that because they’re downloading movies online, more inclined to go to the more modern Cineplex Odeon at Gardiner’s Road, or their attendance is limited to cheap night?  Whatever the case may be, the move to a modern 10-screen facility (complete with IMAX), free parking and cheaper rent demonstrates that Empire is betting their local future on King’s Crossing rather than the downtown’s aging Capitol 7.  But where does that leave downtown Kingston, who could for the first time since 1920 be without a movie theatre in the core?  Could the economic spinoff of theatre goers be a thing of the past for downtown business owners?

Do you frequent the Empire Theatre downtown? Better yet, when it moves, will your patronage follow? Is the lure of Empire Theatre’s new IMAX capability enough to earn your business?

Thanks to semuthutan for today’s photo.

11 thoughts on “Keep the Empire in Downtown Kingston”