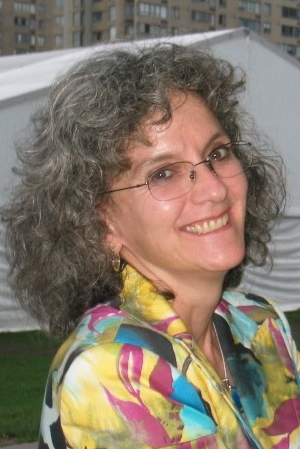 Diane Schoemperlen will be the Writer in Residence at Queen’s University for the Winter 2012 term. Frequenting the city of Kingston at literary events, such as the Kingston WritersFest, poetry readings, and the university campus, it seemed high time to ask Diane what she is up to! An established novelist, Governor General Award winner, and hard working editor, she took the time to respond to a series of questions I had about her first novel, In The Language of Love (1994).

As to your question about what limitations exist in expressing modern sexuality and gender in art because of its being fictive and so on. This is not my bailiwick. I honestly don’t really know what you’re asking. Maybe my brain has turned to mush. I don’t know that there are any limitations that can’t at least be approached in art, fictive or otherwise. I’ve never thought of In the Language of Love being focused so much on the themes of gender roles or sexuality. Definitely it is about art, the artist, growing up and becoming someone your family might no recognize, relationships, becoming a parent, etc. I’m not especially intending to help anyone with their gender roles or their sexuality. I do not have an agenda when writing. I am interested primarily in characters, story, and some structural innovation.

2. There’s something cool about your ethic that I picked up from the WritersFest, and even with your first novel, you researched collage art until you mastered it, and it was in order to write a character who was herself a collage artist. That’s like method-manuscript writing! Why did you feel obliged to do such intensive research for your first novel, if every artist’s first work has the potential to be shut down, or be a flop?

About researching collage for In the Language of Love. It’s not that I felt obliged to do that research. I just wanted to. I enjoyed the research very much… it was inspiring. Having never written a novel before I figured I could do it however I wanted. Always bearing in mind that writing a book involves sticking your neck out in a certain way because yes, every artist’s first work does have the potential to be shut down or be a flop. The same is true of every artist’s second, third, and fourth work too.

3. And now, you were recently published in the UWaterloo’s new Quarterly, and you’re the writer in residence here at Queen’s. I see you promoting events online for the university’s artistic outlets, and I want to know, what are you doing in addition to this? What are you working on during your year as writer-in-res?

As for what I’m doing these days? Well, I’m still trying to finish the book of stories with collages that I was reading from at the WritersFest. As so often happens, real life events get in the way of writing. I have been writing a couple of book pieces for Chatelaine magazine… I met their Books Editor, Laurie Grassi, at the WritersFest. I also do some manuscript editing for individuals who hire me in that regard. Depending on how things go in the next couple of months, during my writer-in-residence stint I will either still be finishing the collage book or I will be starting the next thing which may or may not be a memoir… I’m not sure yet.

4. You write, edit manuscripts, teach, and more. Outside of composing your works, what is the most enjoyable job you’ve taken on during your writing career?

Outside of writing my own books, the most enjoyable job I’ve taken on during my writing career has been giving readings. I enjoy them very much. It is always a delight to meet my readers.

5. I was reading D. H. Lawrence’s Lady Chatterley’s Lover and I think it’s allowed me to see more merit in your writing. Now, his book had an agenda, which I know you say is not your bailiwick, though his agenda was to show a healthy sexual relationship. This agenda was his challenge, since the book was destined to undergo obscenity trials. Are you familiar with D. H. Lawrence’s work, or else, would you be able to reveal some of your literary inspirations?

Glad to hear that reading D. H. Lawrence has allowed you to see more merit in my writing… clearly it was sadly lacking in merit before that!

I’m always interested in books that are experimental in some way, especially regarding structure…which is my bailiwick. Some of my all-time favourites that I return to again and again for inspiration are:
Einstein’s Dreams by Alan Lightman
Santa Evita by Tomas Eloy Martinez
A Monster’s Notes by Laurie Sheck
The Book of Embraces by Eduardo Galeano
Carole Maso’s works
David Markson’s works
Donald Barthelme’s works

6. Finally, what are your reading suggestions for Canadian men and women?

As for reading suggestions of Canadian men and women. Well, that’s a big question. Here is a rather eclectic list of fiction recommendations (this list changes often as I am always reading):
Einstein’s Dreams by Alan Lightman
A Monster’s Notes by Laurie Sheck
Annabel by Kathleen Winter (her reading yesterday [Nov. 21, 2011] was excellent…more about writing and less about agendas)
This Is Not A Novel by David Markson
A Visit from the Goon Squad by Jennifer Egan
State of Wonder by Anne Patchett
The O’Briens by Peter Behrens
Alias Grace by Margaret Atwood
The History of Love by Nicole Krauss
Yesterday, At the Hotel Clarendon by Nicole Brossard
No Country for Old Men by Cormac McCarthy
Oh Pure and Radiant Heart by Lydia Millet
Under the Dome by Stephen King