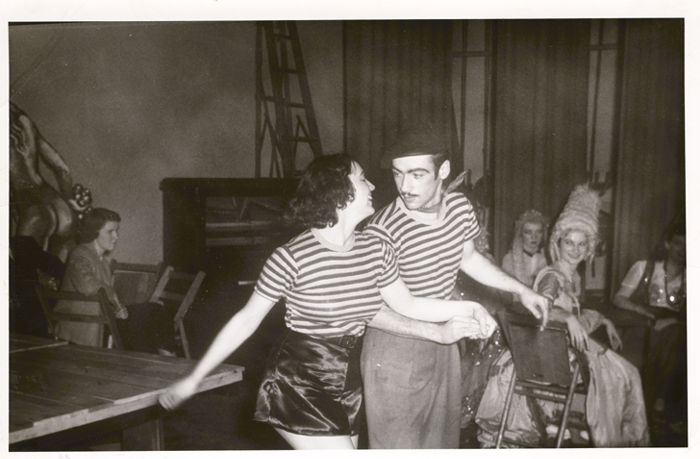 In 1950, Queen’s students wrote and directed Dear Susie, a musical comedy. Produced by Dick Lunn and directed by Ziggy Creighton the plot of the play was a madcap search through many of Europe’s capital cities for fresh yo-yo talent for the Queen’s Intercollegiate Yo-Yo Team (yes, I said yo-yo, it was the 1950’s after all). According to The Queen’s Journal, the most “appealing act of the Continental ramble was the dancing of Ann desBrisay and Bob Hudgin” in Paris (pictured above). Dear Susie became the standard to which successive musical revues at Queen’s were held. This weekend many new, young and local theatre companies will be putting on location based, immersive theatre in downtown Kingston through the Kick&Push Festival. Get your tickets early as many of these plays have a limited number of “seats” available (though as a warning- you don’t actually get to sit at many of them).