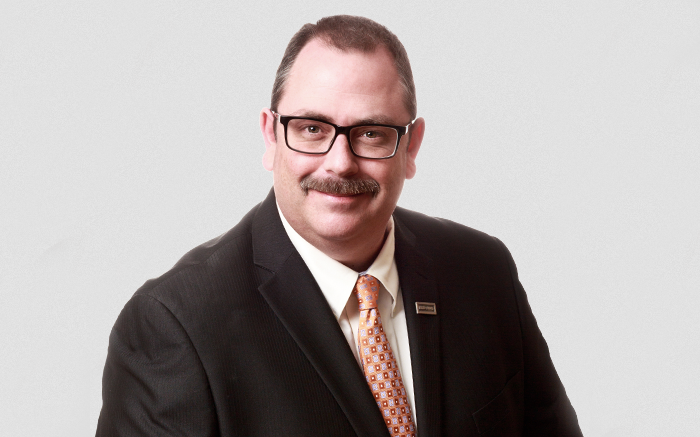 Daniel Beals is an experienced and community-based leader and representative with a background in activism, social justice, and community and economic development. In 2011, Daniel’s campaign received 21.4% support in the federal election- the highest result for the NDP in the history of Kingston and the Islands. Much of the credit for this result was given to Daniel’s strong voice on policy and community issues, as well as a tireless door-to-door campaign that reached 23,000 Kingston homes and engaged new NDP
supporters and volunteers.

He has a reputation in the community for his work ethic and his dedication to economic and social justice issues. He is a co-founder of Kingston’s White Ribbon Campaign, and the Vice-Chair for CFRC Radio’s Board of Directors. He is a past member of the St. Lawrence College Student Association Board of Directors and the Grand Theatre Municipal Advisory Board.Prior to his nomination, Daniel also served 6 terms as the President of the Kingston & the Islands New Democrats.

Daniel’s work history includes 14 years working in local tourism for St. Lawrence Cruise Lines, as well as experience as a small business owner from 2005-2009. Daniel is a Queen’s graduate with a BA in English Literature and recently completed an advanced diploma in Business – Marketing at St. Lawrence College. He is also a single parent with an 11 year old son who is firmly rooted in Kingston and is passionate about local issues including affordable housing, childcare, healthcare, food security, and economic development.

1. What unique experience and insight sets you apart from other local party candidates? Why do you believe that you are the best person for the job, and most importantly, the best choice for voters in Kingston?

I am the only returning candidate in this federal election, and that means that I have had six years of listening to the public voice their opinions on the local impact of federal issues. This gives me insight on pressing issues like Affordable Housing – I know that since 2011 the need has continued to increase (1000 on the affordable housing waiting list in 2011 vs. 1600 in 2015). I have been able to watch a similar trajectory for issues like increasing CPP and GIS for seniors, access to Affordable Childcare, providing cheaper medications, and providing adequate services for Canadian veterans. All of these issues existed in some form in 2011, but have become much more pressing due to a failing economy and an unresponsive government.

In the same vein, I believe I am the best person for the job because my commitment to being the federal representative has been focused and consistent over those six years. I did not seek another elected position and the life decisions I have made since 2011 were specifically chosen to prepare myself for the demanding work of a Member of Parliament. I served on a number of community-based boards, returned to college to improve my skills and knowledge, and I continued to attend 2-4 local events a week to stay in touch with my community. I am committed to my own personal growth to be the best representative I can be.

2. Kingston has two big ticket public transit and infrastructure projects in the works, namely the third crossing and the expansion of Norman Rogers airport. Do you support these projects, and if elected, how would you work to obtain much needed federal funding to enable their realization?

I have committed my support first and foremost to the Third Crossing, and I recognize that Kingston City Council has chosen to move forward to the next steps to make the project shovel-ready. This is a project that MUST have federal support to become a reality. Regarding the delivery, I know the infrastructure spending commitments will be sufficient from Tom Mulcair and the NDP to make this happen. We know that there is an infrastructure deficit and we will move 1 cent of the federal gas tax to municipalities (with a value of $1.5B annually) to help them address their infrastructure planning. In the case of another government being in power, I have both the ability to collaborate with the ministry – and the will and conviction to see the project through to completion.

For the airport, I know that Kingston City Council has similarly chosen to move forward with the expansion – regardless of the contribution of federal dollars. I believe that this might be one of those issues where a Member of Parliament might have to ask the municipality to prioritize his/her actions to either seek assistance with the airport expansion or begin work on another project like the Marine Museum or Kingston Penitentiary.

3. The government recently passed Bill C-51 expanding upon Canada’s anti-terror legislation. Do you support Bill C-51? More importantly, do you believe this legislation will make Canadian communities safer than they were before the bill was passed?

I do not support Bill C-51 and the NDP categorically opposed the bill during the parliamentary process. For this reason, an NDP government is committed to repealing the bill in its entirety.

I believe the bill wrongfully and purposefully assaults our rights and freedoms, while also failing to make Canadians more safe. I would go as far as to say that we are less safe because of it – because it attacks the ability of Canadians to protest, organize and speak out against the actions of their own government.

4. Regarding the necessity of electoral reform, are you in favour of amending Canada’s electoral system to ensure that Members of Parliament are more representative of the popular vote? What is your stance concerning the current “first-past-the-post” system?

Yes, I am in favour of electoral reform due to the inherent problems with first-past-the-post. For a party that received 39% of popular support to receive 100% of legislative authority is a travesty, and my opinion would be no different if it was an NDP government that stood to benefit. Additionally, I meet voters every day that are disgruntled and dissatisfied with the current system and those voters deserve to enjoy both their electoral experience and the results of their democratic choice.

The NDP is committed to ending the current broken system and instituting a Mixed Member Proportional system that would maintain the best aspects of plurality (for regional representation) and proportionality.

5. Communities throughout Canada have been hit hard by global economic uncertainty, resulting in job loss and increased risk of poverty. If elected, how would your party stimulate the economy and encourage the creation new jobs? What spinoffs or specific programs do you envision Kingston benefiting from?

The NDP has a number of initiatives designed to grow the economy and encourage job creation:

All of these should contribute a benefit for job creation in Kingston & the Islands, but I believe that we will get an additional benefit through the NDP’s commitment to invest $60 million in Discover Canada – a crown corporation that promotes tourism for border cities in the United States.

6. What do see as the biggest challenge facing residents of Kingston and the Islands over the next five years? Further, if you are elected as our Member of Parliament, how do you propose to address this issue through government?

Kingston is a favoured retirement community and has its own aging population. I believe that the biggest challenge will be to provide adequate health care, long-term care, home care and living supports for seniors in poverty. These policies are one of the strengths of the NDP’s platform. This includes increasing CPP and GIS, investing $1.8 billion into long-term care and home care, investing in research on Alzheimers and dementia, restoring support and services for veterans, and hiring an additional 7,000 doctors and nurses across Canada.

As a Member of Parliament, my role would be to see that these initiatives are put into action…But more importantly, aging members of our community need face-to-face attention from their representative in order to make sure that their concerns are being heard and considered during the implementation of programs. I will be an active listener for seniors and their issues.