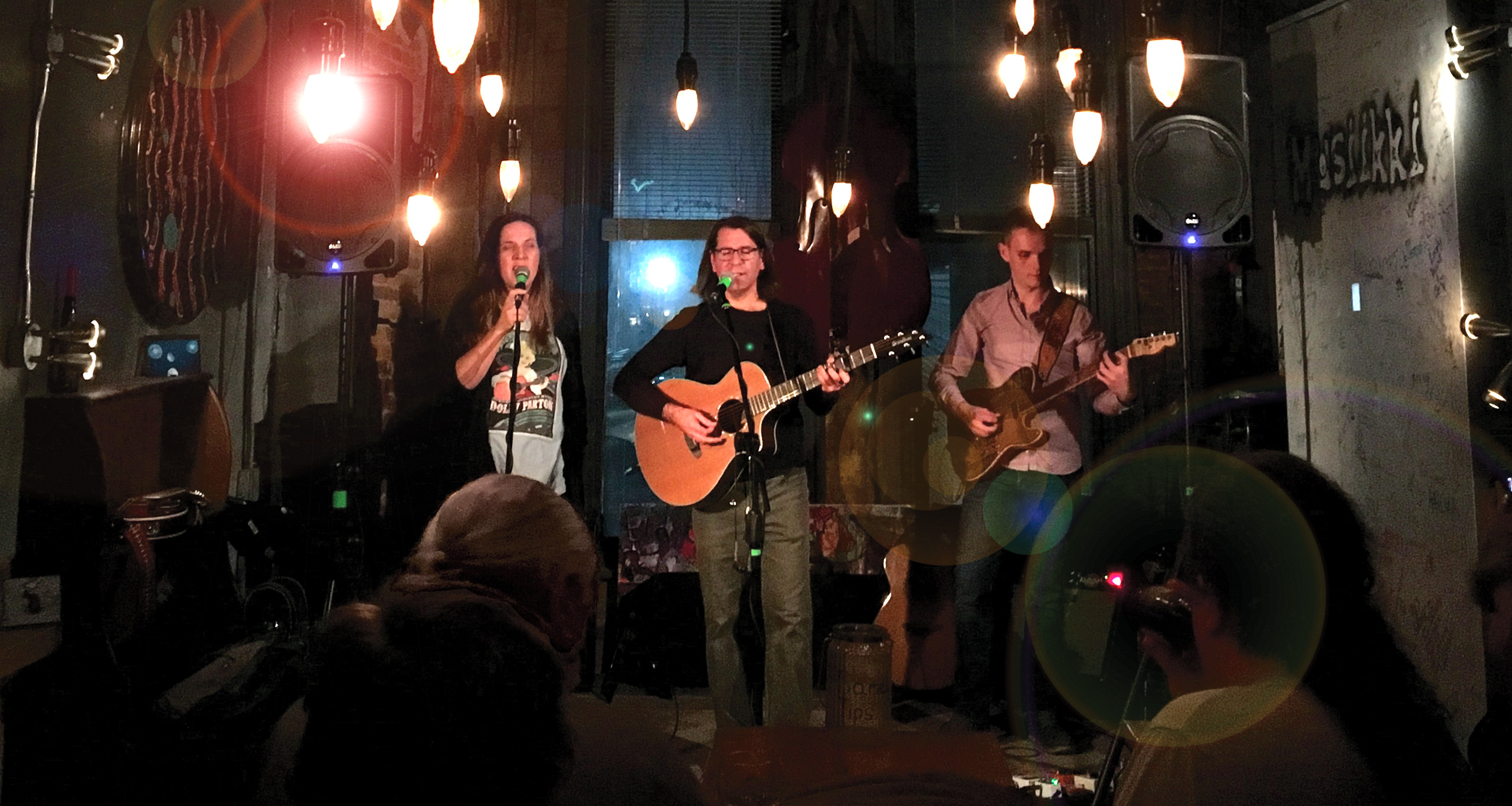 Perhaps the best way to describe the sound of Chris Giguére and The Final Say is the way Giguére self-describes on his website:

It’s that last point that is undeniable if you give a listen to ‘Terribly Young,’ one of six songs on Giguére’s new EP ‘Shine,’ which features the Kingston-based singer/songwriter and his supporting musicians, The Final Say (Robin Moon on vocals and Alex Voinot on guitar).

You could give the track a listen here, or, better yet, head down to The Mansion for Chris Giguére and the Final Say’s EP release on Saturday, Aug. 25, 2018, beginning at 9 p.m. The EP, which came about as a means to document and share the tunes the trio have been playing around Kingston for the past year and a half, captures the essence of the three-piece band that blurs the lines of genres. And it also features some other great Kingston talents, as well.

“Robb MacKay played drums for us, and Danielle Lennon played some violin on a couple of the tracks,” said Giguére, who takes the lead on acoustic guitar work in the group with Voinot most often adding “energy” to their sound on electric guitar.

“They were very generous to be willing to donate their time, basically,” Giguére said of additional musicians filling out the tracks on ‘Shine.’

Giguére and his colleagues began working on the songs for the EP last December after playing at least once monthly for the year prior.

“We felt that we needed to capture, or record, as the name would imply – a recording – some of the stuff that we were doing,” said Giguére.

“But [we are] also looking to create a bit more of a calling card so that we might potentially expand our audience.”

For the EP release show, Giguére and the Final Say will be joined once again by MacKay on drums, as well as bringing in a local bass player Giguére has known for quite some time.

“Actually, my son, Ronan, is going to step in on bass,” he said with a laugh.

“I mean, I’m biased, obviously, but he’s a very competent musician, and it was just sort of… I said ‘Do you want to do this? You know, it might be kind of weird playing with your dad…’”

But Ronan agreed, and will fill out the five-some as they take the Mansion stage, along with Ottawa-based singer/songwriter Catriona Sturton, a one-woman show all on her own who plays guitar and harmonica, sings, and plays percussion with her feet.

“She’s an amazing one person that sounds like five people playing all at once,” said Giguére.

“She’s fantastic, so that’s going to add a lot to the show.”

The show will peak with a live play through of ‘Shine’ and will also feature some other songs that didn’t make the album, as well as a set with just the trio, Giguére said. So get yourself a seat at the Mansion for the opportunity to take it all in.

“It’ll be not too heavy, and necessarily dance music, but good listening music,” Giguére.

Find out more about Chris Giguére and The Final say on their website chrisgigsmusic.ca, or Facebook page, or check out the new EP track ‘Terribly Young’ here. 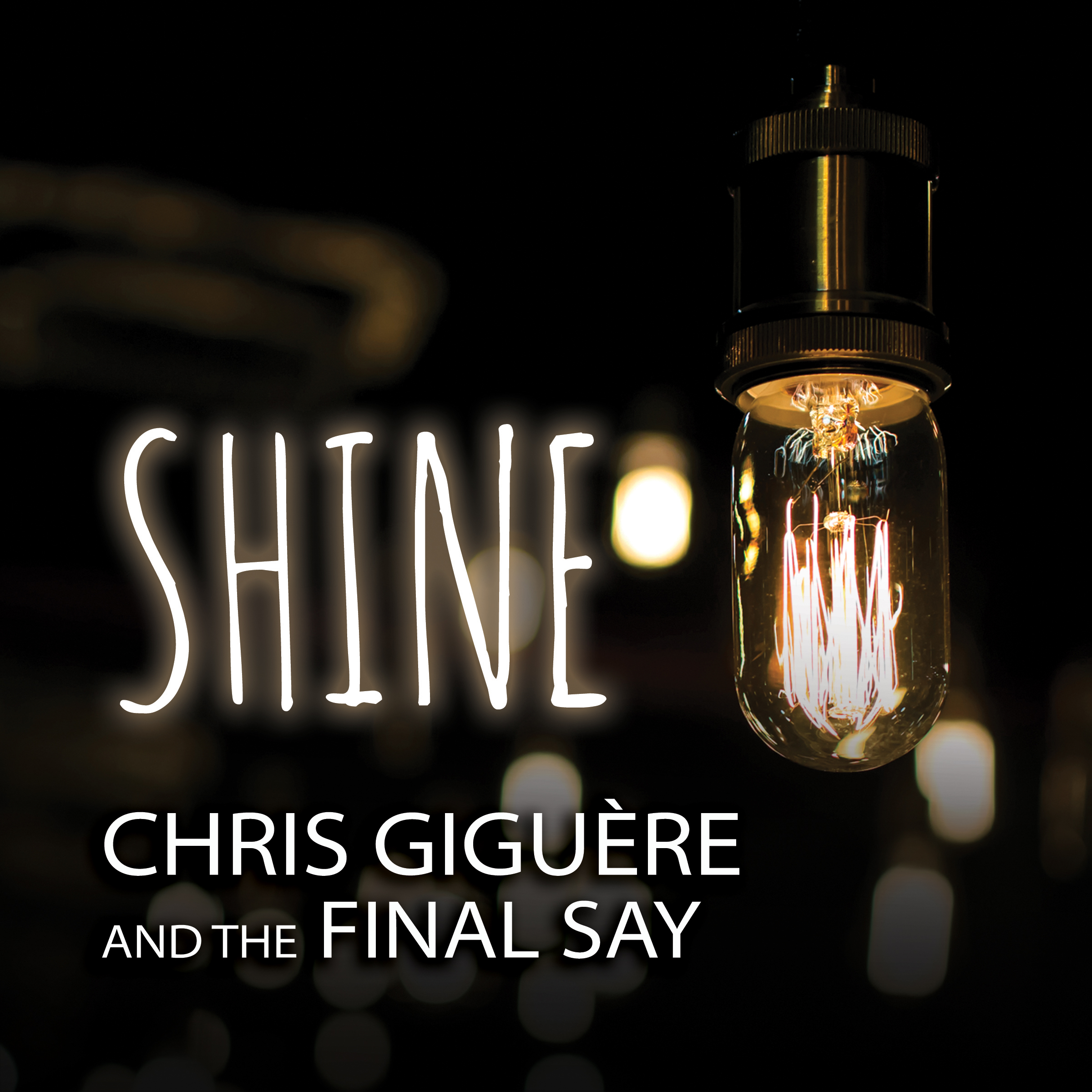