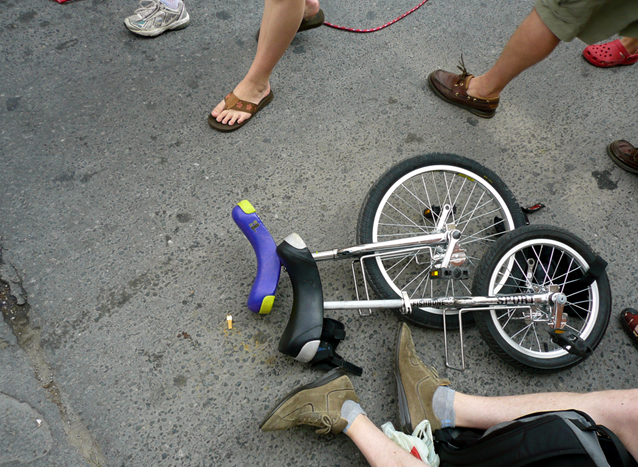 When it comes to massive construction projects, it seems as though deadlines are constantly being extended, while cost estimates are notoriously nudged higher and higher. While the final bill for the Big Dig has yet to be unveiled, I was pleasantly surprised that lower Princess Street was able to open in time for last week’s Canada Day festivities. Bravo to the folks who ended the suffering on schedule.  Now fast forward to this weekend, where downtown Kingston will be packed with unicyclists, contortionists, clowns, mimes, fire jugglers, face painters, live music and much, much more! The 22nd annual Buskers Rendezvous is already underway, with a lineup of two dozen acts who will be melting in the sweltering heat, and otherwise working hard to earn your spare change.  Historically, downtown Kingston is nothing short of a zoo during the Buskers festivities, which is the result of the large crowds and various street closures.  This year however, Buskers falls on the same weekend as the lift off of the Rocket Man himself, Elton John, who will be performing for a sold out audience at the K-Rock Centre tonight.  Saturday and Sunday are bound to be equally as insane, as legions of soccer fans pack air conditioned pubs and empty out onto the streets to celebrate the World Cup finals.

Summer is all around us, and it’s literally dripping off of my body as I type.  For those of you who don’t have AC, keep in mind that Kingston’s established two cooling stations, at Artillery Park and North Kingston Community Health Center respectively.  While I fully plan on taking in as much of the Buskers Rendezvous as possible, I’ll also be performing an interpretive rain dance in my backyard.  Join me, won’t you?

This week’s Friday Foto is a Kingstonist original that’s from our Buskers Rendezvous 2009 set.