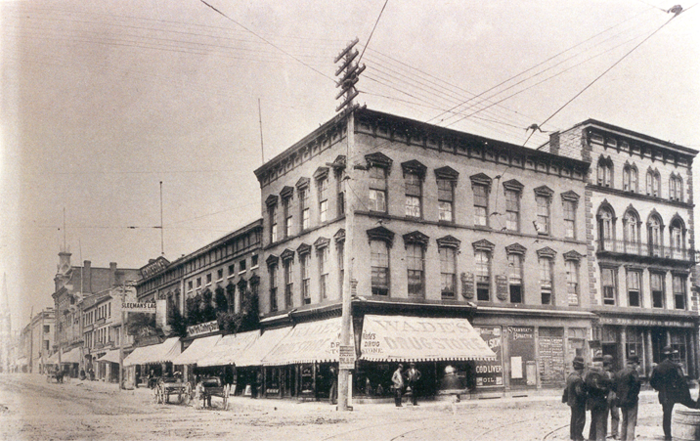 This fantastic photograph was taken at the corner of Brock and King, circa 1900.  Although this building no longer exists, Wade’s Drugstore occupied the same location as present-day Jack Astor’s. Wade’s was one of several drugstores in the city at that time, while its prime location contributed to years of prosperous business.  This photo also captures the street level railway tracks curving onto King Street as well as the overhead wires.  The Kingston Street Railway originally consisted of horse-drawn carriages, which switched to electric cars in 1893.