Admittedly, Frazier had no desire to return to the Civil War in his writing. He was actually working on other projects when he stumbled across some information regarding Varina Howell Davis, the only first lady of the Confederate States of America and wife of Jefferson Davis, which rather piqued his interest.

“One of the first two or three things that I read about Varina, and I knew nothing about her, was that after Jefferson Davis died – they were living in Biloxi, Mississippi, at the time – she pretty quickly packed up her bags and moved to New York City to become a writer, [in her] late 60s,” Frazier said of sparked his interest into telling the story of Varina Davis.

“And I thought ‘Well, that seems… unlikely.’”

Davis did, in fact, become a writer, working for New York World in the late 1800s and very early 1900s. It was the evolution of Davis over her lifetime that particularly made her a character Frazier felt he needed to capture in the pages of his novel.

“I think the overall thing that interested me is that, at a time in the 1890s and early 1900s when so many of the people she had known through politics, military, during the war, so many people her age were digging into that ‘lost cause mythology,’ and that she was living in New York City, living a pretty modern life, and moving forward and thinking forward… she was not settled into nostalgia,” Frazier expressed.

But it was the even more real-world events that continued to push and shape Varina as he wrote it, Frazier explained. During the five years Frazier spent working on the novel, researching and delving into history, the issues he was rehashing in the novel – racism, civil unrest, oppression – those same issues were being rehashed around him in today’s world.

“The events here of the past four years, it just felt like every day that I was working on this book that something was in the news that made it clear that those issues that led to the Civil War and the aftermath of the Civil War are still there. We’re still dealing with them. We’ve never found a way to resolve those issues that all began with ownership of human beings,” said Frazier, an American writer who was born in North Carolina.

Frazier was actually in Georgia at the very place where both Jefferson and Varina Davis were captured and arrested by federal troops in 1865 when the Charleston church shooting took place in 2015. The shooter, Dylann Roof, a 21-year-old self-described white supremacist, took the lives of nine African Americans that day at one of the oldest black churches in the US, and a site associated with the fight for civil rights.

“Then, following that, all of the discussion of confederate iconography and confederate flags and all of that was just given a new, fresh, and fairly urgent feeling of life,” Frazier recalled.

“So, all the way through writing this book, it was so clear that that history is still haunting this country.”

Frazier even began making references to current events throughout Varina, “without being too overt,” he said, and the current racial and political climate of his country added a whole new dimension to his writing experience.

“Having that in front of you every day, I think it changed the book, certainly… I had think about those issues and the pressure of seeing them, and just the… I don’t know whether the politically correct way to put it would be the ‘rise of racism’ here in the past few years, or that it’s more that the racism that was there, underlying has been given a sense of permission to talk about publicly,” he explained.

“I mean, when I was in college, I would have thought that all of those kinds of issues, of race, equality, justice, would have been sorted out by now. That we would have put it behind us. And it’s been so obvious the past couple of years that it’s not.”

The framework of Varina is based on history and real life, but it is in the following of real-life characters beyond how they’ve been historically documented that allowed Frazier to instil his signature style of fiction-in-real-history into the novel, he explained.

“Take the character Jimmy Limber: that was a real child, a multi-racial child who lived alongside Varina and Jefferson Davis’ children in the Confederate White House. But, in the real world, he disappears from history about two years after the war. I invented an adult version of that real person. So the adult ‘James Blake’ is fiction,” he said of the character that comes back into Davis’ life as he is trying to piece together his memories of his time with the Davis family and what happened to separate them.

“I always like to let the fiction be the decider… I’m not going to write alternate history, but characters and story always rule.”

Now, with Varina already a New York Times Bestseller, Frazier is coming to Kingston for Kingston WritersFest’s special event ‘Charles Frazier in Conversation.’ Having only really come to Canada to promote his books in Toronto in the past, Frazier said he is excited to an on-stage conversation here in Kingston.

“I’ve been told it’s a wonderful festival and series of programs, so I’m looking forward to being there,” he said.

And, while many of the conversations that have developed during Frazier’s book tour south of the border have involved people talking about racial tension, the removal or monuments, the legacy of slavery and the legacy of the confederacy, Frazier said those conversations are only half of what he hopes readers will take away from Varina.

“There are the more political and social elements of the failure to resolve the issues that started that war, but there’s also the more personal matter of Varina Davis, and the character in the book being really culpable, having benefitted from the slave system, of her never reaching a point in life where a modern person would be comfortable with her position,” he said.

A Conversation with Charles Frazier, where Frazier will speak with Eric Friesen, takes place on Thursday, Nov. 8, 2018 beginning at 7:30 p.m. at the Residence Inn by Marriott Kingston Water’s Edge. Tickets are $20 in advance or $22 at the door, and there are still tickets available. For more information, click here. 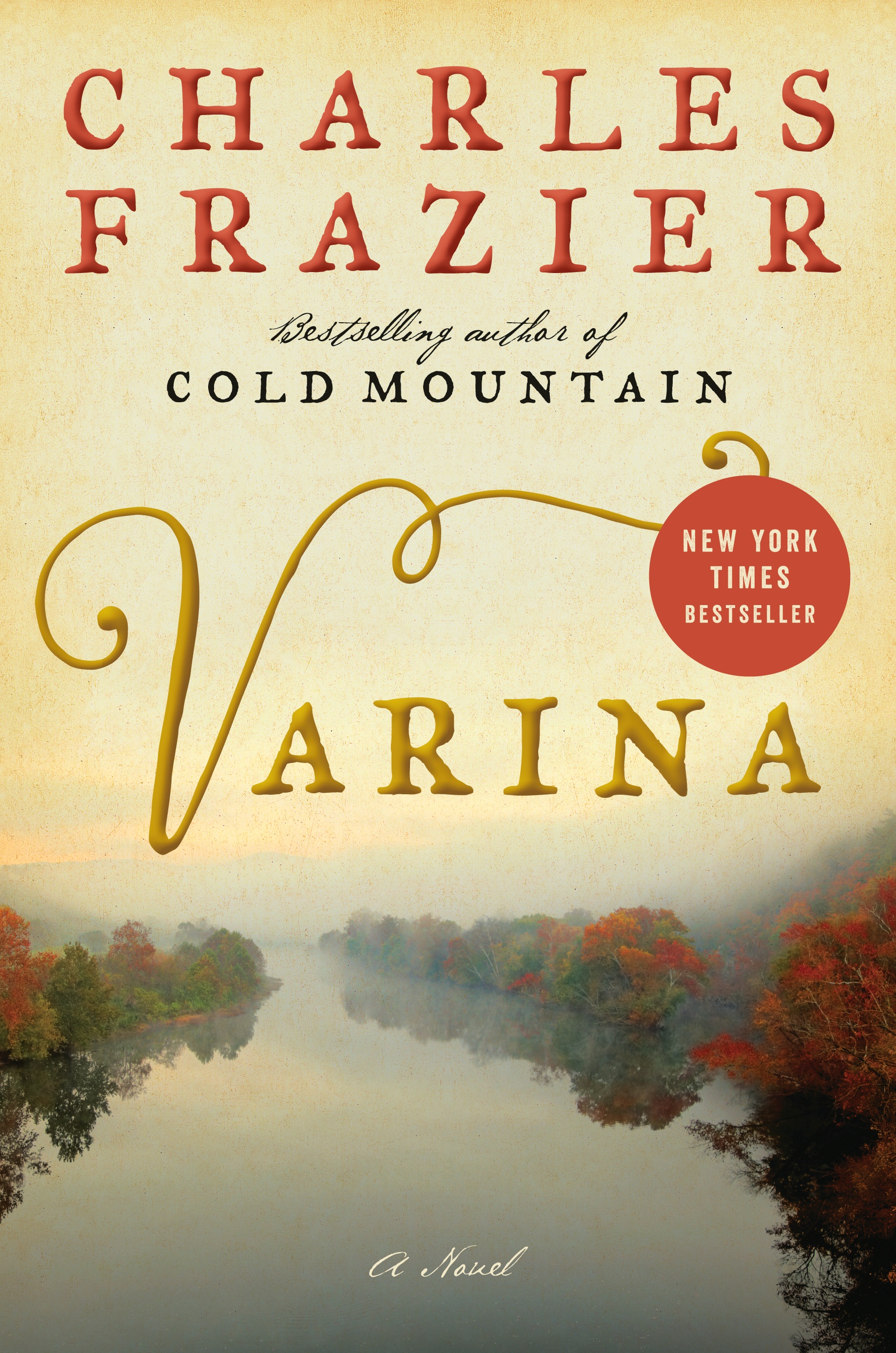