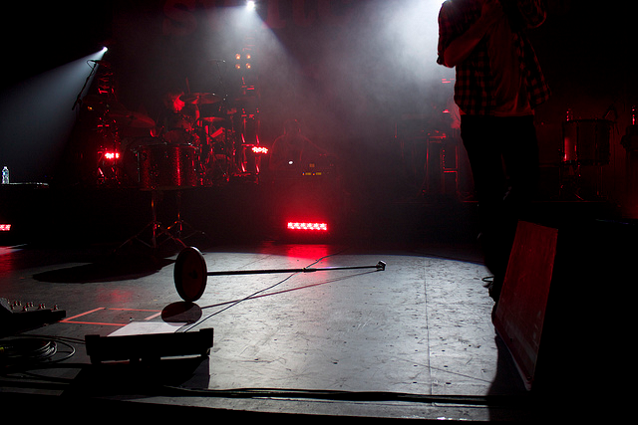 The summer festival circuit has kicked into full gear, while the Skeleton Park Music Festival, Art in the Park, Jazz Fest and Taste of Kingston have all slipped into the rear view. Rest assured, there are still a ton of fantastic, crowd-pleasing festivals on the horizon. In the meantime, another Summer phenomenon is starting to draw our gaze, specifically the surge of announcements regarding this Fall’s big name, big ticket concerts and shows. Not interested in what’s going on at the likes of the Grand and the K-Rock Centre? You should be, as there’s a decent number of respected Canadian acts coming their way. And in case you need reminding, your tax dollars contribute to keeping these places brimming with said exciting entertainment. Accordingly, this weeks poll asks:

Which big ticket show are you looking forward to attending?

Unless you’ve got an endless supply of cash, chances are you are hard pressed to make it out to all of these big name shows. Granted, ticket prices at The Grand are historically more reasonable than what you’ll find at the K-Rock Centre. But on the flip side, four out of six of the names included in this week’s poll are performing at the KRC, and for good reason as they’ll draw larger audiences. While ticket prices for Leonard Cohen’s December 13th show demand as much as $250 (plus applicable fees) on the official K-Rock Centre site, scalpers and resellers are already hoping you’ll pay as much as $675 for floor seats to Cohen’s ongoing retirement tour. Therefore we have to get choosey about who we’re going to see, and moreso how much we’re willing to pay. For me, I’m still waiting for that perfect big name, big ticket show to come through the Limestone City, as I just can’t get excited nor justify the expense to see the likes of Elton John, Leonard Cohen, Ron James or even Stuart McLean. Sorry Dave and Morley.

With all the headliners coming Kingston’s way, I’m stuck on the fence trying to figure out who’s really worth it. It’s not as though I’m holding out for holographic Tupac, although I must admit that would be strangely interesting to see. Back to square one: what big name entertainers are you willing to pay to see in Kingston?  Otherwise, who have you paid to go see in other cities, wishing that they’d been able to come to Kingston instead?  Drop off your thoughts and holographs below.

Thanks and credit to Tom Hodgins for the photo associated with today’s post, which was snapped at a show at the Grand.