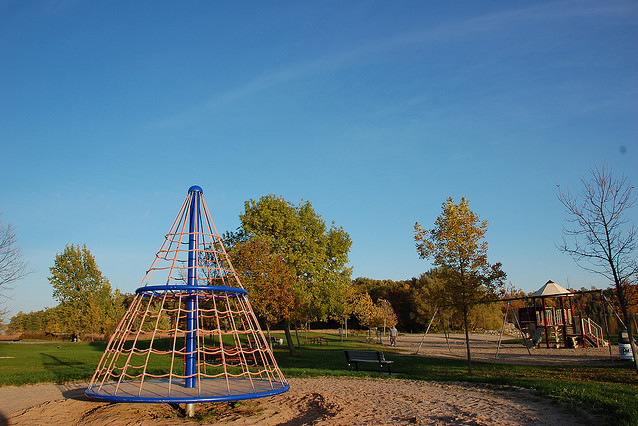 Spring may be a bit slow getting to the party this year, but that hasn’t stopped Kingstonians of all ages from getting outside and enjoying our many parks and trails. Thinking back, I have tons of fond memories of entire days spent lazing about “studying” on the waterfront at Breakwater Park, picnicking on the grass at City Park and playing bocce ball in Victoria Park.  More recently, I’ve enjoyed taking in the Skeleton Park Music Festival at McBurney Park and being a part of all the fun and excitement in Confederation Park on Canada Day.  If you’re like me, many of Kingston’s parks have special meaning to you, and the challenge to pick a favourite one is difficult.  Whether you base your vote on nostalgic memories, amenities or location, this week’s poll dares to ask:

How do you justify rating one park better than all the rest?  While it’s nearly impossible to put a price on nostalgia, location and amenities are a bit easier to define and compare.  For instance, Confederation Park is on the doorstep of City Hall, with spectacular views of the waterfront, perched next to a handful of vendors and more restaurants than you can shake a stick at, and it is arguably the hub for many public events and festivals.  City Park and McBurney Park are also centrally located, but a bit tucked away from the hustle and bustle of downtown.  Both have splash pads, new play equipment and also play host to various festivals throughout the warmer months.  Grass Creek, Rotary and the Memorial Centre parks are all dog-friendly, and perhaps, suitable test sites for having the grounds trimmed by grazing animals.  This list barely scratches the surface of the larger parks this city has to offer, and we haven’t even begun to talk about what goodies a re-imagined Lake Ontario Park might have to offer.

Kingston’s parks truly have a lot to offer, but certainly improvements and upgrading would encourage more people to get out and use them.  Whether you’d like to see more splashpads, tennis courts, free wifi, or transform private waterfront property into publicly accessible space, we want to hear from you.  Just how would you improve your local neighbourhood park, or one of the larger city parks mentioned in this week’s poll?

Thanks to Julep67 for today’s photo of Grass Creek Park.