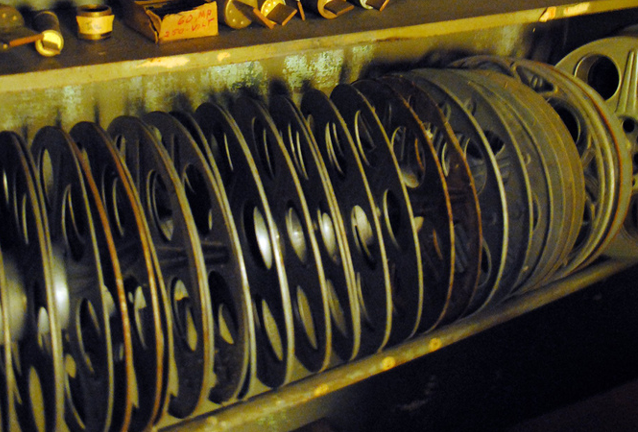 With facilities including the Grand Theatre, K-Rock Centre, Screening Room and Market Square, suffice it to say that a majority of Kingstonians head downtown to get their entertainment fix. Sure there’s the massive Cineplex Odeon out on Gardiners Road, but you can always get your dose of Hollywood’s major motion pictures at the Empire Theatre. Or at least you can for the time being. Last week we heard rumours that downtown’s long-standing silver screen–home to weekly student specials, location of my 10th Birthday Party, participating venue in the annual Kingston Canadian Film Festival–would be relocating to their new home at the King’s Crossing at Division and the 401. While students and downtown residents are left to ponder whether they’ll have to choose between Cineplex or the Empire, this week’s poll asks:

Which local movie theatre is the best?

At a risk of skewing this week’s poll results to crown the best movie theatre in Kingston, should the rumours regarding Empire’s relocation prove to be true, let us not forget that there is a second movie theatre downtown. Earlier this year, I wrote that The Screening Room was for sale, and that the future of the facility may be in jeopardy. Thankfully a buyer stepped up almost immediately, and we all breathed a sigh of relief that there was still a place to screen art, foreign, and Canadian films. They don’t have the latest 3D blockbuster concoctions, but that’s part of The Screening Room’s charm.

Getting back to this week’s question, and away from both speculation and favouritism, what factors contribute to make for the best movie theatre in Kingston? Do you weigh the selection of films being screened over facility features such as reclining stadium-style seating and hi-def audio and visual equipment? Which local theatre offers the best discounts or customer loyalty rewards program? Would you frequent the movie theatre more often if they operated like our outdoor Movies in the Square, where attendees are encouraged to bring their own treats? Drop off your comments below, and let us know where is the best movie theatre in Kingston.

Thanks to Jukie Bot for today’s photo.