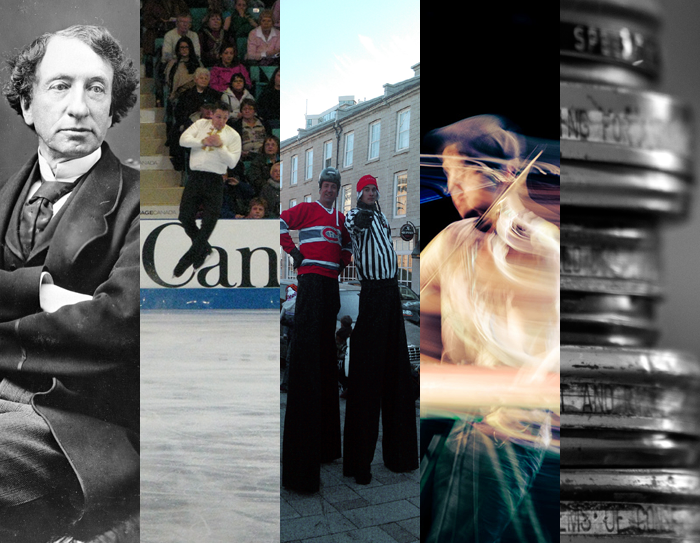 Considering the serious lack of snow and the relatively warm temperatures right now, it’s hard to believe that winter officially starts this Sunday. Just because frigid weather is slow to arrive doesn’t mean we should be worried about things not getting snowy, slushy and generally terrible outside. Keep in mind, last winter was really, really bad, so I’ll take this delayed arrival of Old Man Winter and cozy up next to the fireplace while dreaming of spectacular things to come. Speaking of which, there are countless activities and events on the horizon, which will surely draw us all out from cozy hibernation during the coming months. From ice skating and trailblazing outside to film festivals and signature social events inside, our 2015 guide to the best winter events in Kingston has it all!

Sir John A. MacDonald’s 200th Birthday, 6-11 January 2015: the last few year’s of build up to Sir John A.’s 200th birthday is set to culminate with a week-long festival in his honour featuring a book launch, film screening, costumed tea party, live theatrical performances, live music, a Scottish country dance, gallery events and much, much more. Whether you are keen on toasting or roasting Canada’s first Prime Minister on the momentous occasion of his bicentennial, festival organizers have packed the schedule full of locally-inspired content activities for all to partake.

FebFest, 5 to 8 February 2015: Kingston’s premier winter event attracts as many of 30,000 spectators to Market Square over the course of the weekend, and for good reason. This annual spectacle is an honest hit with Kingstonians and visitors alike, thanks to the Limestone Classic Hockey series, 24-hour snow sculpture competition, massive snow maze and appearances by NHL alumni. Of course, public staking in the shadow of City Hall is an equally impressive draw, as is the succulent aroma of Beaver Tails. Local restaurants tend to get into the spirit of the festival too, offering special menu items and discounts, which is all the more reason to get out and enjoy all that Feb Fest has to offer.

Owen Pallett, 6 February 2015: the celebrated Canadian composer and violinist roars into Kingston as a part of the The Isabel Goes Alt series. A past recipient of the highly coveted Polaris Prize, Pallett’s live shows have been described as jaw dropping, while his skill is heralded as being on another level. For fans of new classical, indie, folk and however you could possibly describe Pallett’s music, this concert is an absolute must!

Kingston Canadian Film Festival, 26 February to 1 March 2015: for two year’s in a row, Kingstonist’s readers have proudly crowned KCFF as the most anticipated winter event in Kingston. It is the largest showcase of feature films from across Canada, thanks to a schedule that’s always packed with charming indies, engaging workshops, and a whole host of personalities behind these films. While the films and schedule for this year’s KCFF is still being finalized, organizers have been teasing us with a few tweeks of what’s in store for this year’s festival.

Credit for the images included in the composition above to: Library and Archives Canada, Stephen Downes, Kingstonist’s Flickr, Kmeron, and Carbon Arc.

Of course there are numerous other events in Kingston this winter. What are your favourites? Drop off a comment below and share the love for events that you are looking forward to.