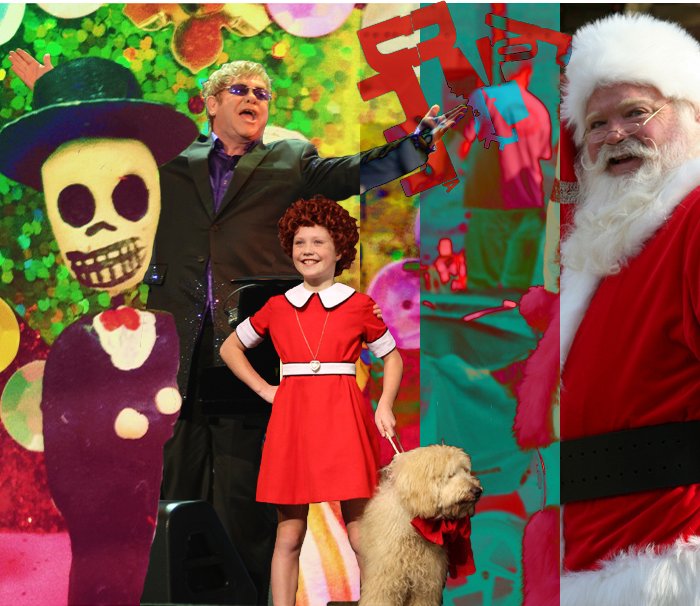 Time flies when you’re having fun, and how could one not be enjoying life with the fantastic weather Kingston has had lately? Although Fall has been somewhat late to arrive, seasonal staples including picturesque trips to the orchard, navigating challenging corn mazes, and trading scares for sugary treats have all come and gone. Looking ahead, we’ll undoubtedly complain when the mercury drops, the first frost jolts our senses, and the silly season kicks into high gear. With no shortage of events big and small in Kingston this month, we’ve searched high and low for the city’s best and brightest entertainment options. From experimental to sentimental and everything in between, our top five things to see and do in November 2017 will not disappoint!

Elton John & his band, November 14th, 8pm: with a career spanning five decades, Sir Elton (Hercules) John has amassed a long list of accolades and accomplishments, which includes over 300 million records sold, 7 consecutive number 1 albums, over 50 top 40 hits, 5 Grammys, a Golden Globe, an Oscar. Once again, Kingston has landed itself as a stopover on Sir Elton’s exclusive 6-city concert tour, which will feature iconic classic hits from throughout his incredible career such as Your Song, Rocket Man, Bennie and the Jets, Philadelphia Freedom, Crocodile Rock, Don’t Let the Sun Go Down on Me and many more! With tickets originally available for $85 being resold online for 5 to 6 times their face value, only a lucky few will be able to afford what could very well be the last time to see the this 70 year old icon in concert.

Annie: The Musical, November 16-19 and 23-26: Based on the popular comic strip by Harold Gray, Annie has become a worldwide phenomenon and was the winner of seven Tony Awards, including Best Musical. Presented by Kingston Meistersingers, this beloved show features some of the greatest musical theatre hits ever written, including Tomorrow and Hard Knock Life. With pluck and positivity, little orphan Annie charms everyone’s hearts despite a next-to-nothing start in 1930s New York City. With the help of the other girls in her orphanage, Annie escapes to the wondrous world of NYC for adventure-packed escapades. With a cast including the nasty Miss Hannigan, the lovable Daddy Warbucks and a lovable mutt named Sandy, Annie is the perfect family-friendly musical! Tickets range from $22/child to $28/adults.

Nighttime Santa Claus Parade, November 18th, 5pm: Kingston’s 14th Annual Nighttime Santa Claus Parade will make its way down Princess Street starting at Innovation Park at 5pm. Bundle up, grab your lawn chairs and a hot chocolate and find a spot along Princess Street to watch local Kingston organizations bring in the holiday spirit. Spectators are encouraged to bring non-perishable food items for the Food Bank as well as letters to Santa! Stick around after the parade and join “the big guy” for the Annual Tree Lighting Ceremony in Market Square.