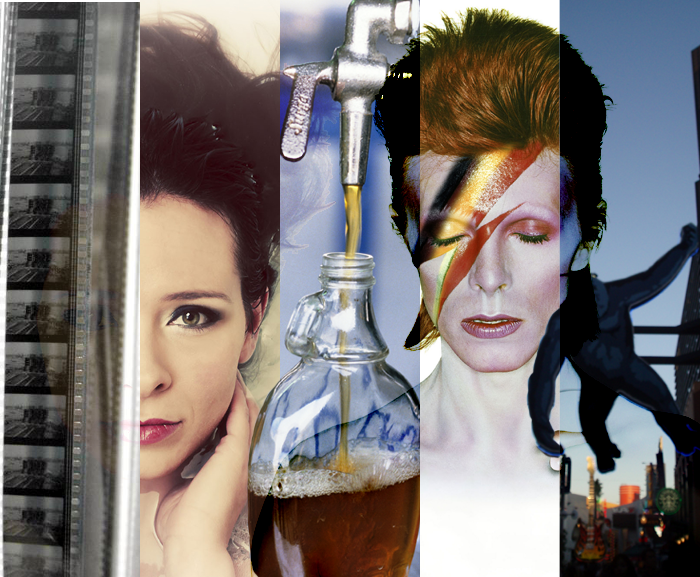 We survived winter, March is finally here, and if you believe the trusty groundhogs, that means we’re in store for a smooth transition from gross snow to budding flowers and song birds.  With March Break and St. Patrick’s Day also on the horizon, March is a busy month where we’re increasingly looking for action to excite, entertain and coax us out and about.  Once again, we’ve scoured our community events calendar to develop a list of the best events in Kingston in March 2017.  From the world’s largest celebration of Canadian cinema to an epic commemorative weekend honouring the founder of glam rock, our top five things to see and do in Kingston has it all!

Kingston Canadian Film Festival, 2-5 March 2017: since 2001, KCFF has screened over 500 feature films and 750 short films, highlighting the best work from emerging artists, award-winners and audience favourites ranging from David Cronenberg to Sarah Polley and Denis Villeneuve.  This year’s edition reinforces the festival’s proud status as the single largest celebration of Canadian film throughout the world.  With a lineup of films that will take you from Kingston to Ireland, Jerusalem to the Arctic, we can’t wait to be transported by unique storytelling from some of the best and brightest talents this country has to offer.  Don’t forget about the shorts, free workshops and networking, industry guest appearances and talks, receptions, special events, music, awards and  more!

Miss Emily, 10 March 2017: before Gene Simmons said that she “…has the best pipes we have ever heard, in an unsigned artist“, and well before she adopted the name “Miss Emily”, Emily Fennell maintained a regular residency at The Merchant.  Week in and week out she would play to a packed house of loyal followers who flocked to hear her belt out original songs and cover tunes.  With a repertoire that spans genres, crosses barriers and creates bridges, Miss Emily’s performances are foot-stomping, heart-wrenching adventures in rhythm, blues, jazz and rock and roll.  Catch Miss Emily as she makes a glorious return to The Merchant’s cramped stage from 10pm until close.

Maple Madness, 11-19, 25-26 March and 1-2 April 2017: the arrival of warmer weather brings the relentless flow of delicious sugar maple sap, which is destined for collection and preparation at the sugar shack.  At the Little Cataraqui Conservation Area, this spells all things syrup. The folks at Little Cat have laid on sessions teaching you how maple syrup was made in the olden days and how it is made now. Take a wagon ride, eat some of the fluffiest pancakes you’ve ever tasted, and enjoy the beauty of Little Cat as it transforms with the season. Check out their website for the full schedule of events.

David Bowie Weekend, 24-25 March 2017: with the passing of the late, great David Bowie, Kingston will honour the iconic hit maker with two days of commemorative programming. Follow Classic Albums Live into the labyrinth with a legendary performance of Ziggy Played Guitar, which takes place at the Grand Theatre on the 24th. KFPL leads you to the next stop, Oh You Pretty Things!, which consists of glam rock story-time and a Bowie-themed Kids Creativity Club at the Tett Centre on the 25th.  No twisty, maze-related analogy would be complete without an actual screening slash dress up sing-a-long of Labyrinth at The Screening Room on the 25th.  The day concludes with Let’s Dance: A David Bowie Dance Party,  which kicks off at the Grad Club at 10pm.

King Con, 31 March-2 April 2017: our final pick for the month is the city’s longest standing sci-fi, fantasy, gaming and comic book convention. This three-day extravaganza takes place at various downtown locations, featuring workshops, tournaments, a trade show, parties, contests and more. Whether you geek out for cool demonstrations, tabletop gaming, interesting speakers, special children’s programming, or other fantastic activities, King Con has something for everyone!  Most events are free and open to all ages. Be sure to check out the King Con website for the full schedule of events.