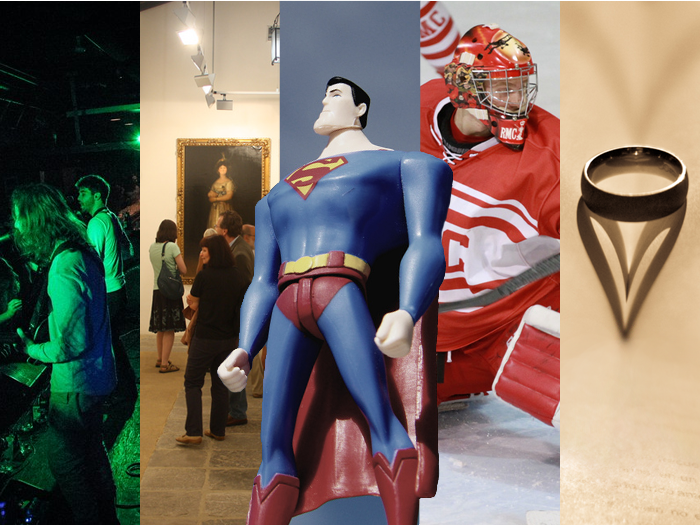 With the holidays behind us and winter finally showing its face (rearing its ugly head?), we’re looking ahead to some great things to look forward to in the month of January. We scoured our events calendar to find what we think are some of the best events being offered in YGK this month. From live music and art exhibits to hockey games and wedding planning, we’ve included a mix of activities from one-time events to annual traditions that range from free to reasonably priced. Read on as we explore the best events in Kingston in January 2016!

Lost Cousins with Ivory Hours, 7 January 2016: Celebrate the beginning of 2016 with CBC Searchlight Finalists Lost Cousins (Kingston) and Ivory Hours (London) at The Brooklyn.  The craft beer will be flowing and the dance floor will be rocking. This is sure to be an incredible. high energy show that you don’t want to miss.  Get your tickets now!

Agnes Etherington Art Centre’s Winter Season Launch, 14 January 2016: The AEAC will hold a reception to celebrate the launch of their 2016 winter season. The exhibits included are Brendan Fernandes: Lost Bodies, Singular Figures: Portraits and Character Studies in Northern Baroque Painting, Renew: Indigenous Art from the Collection and With You and Others. The reception is open to all and will include refreshments and Brendan Fernandes will present In Touch, a fiercely controlled solo dance in the galleries. The exhibits will be on display until April 10th.

Heroes and Superheroes, 16 January 2016:  Join The Kingston Symphony as they delve into a world of superpowers and heroic bravery with the music of some of the most iconic superheroes (and super villains!). The concert will feature works from Superman, Star Wars, Iron Man, Game of Thrones, The Incredibles, James Bond and many more of our favourite action movies. Grab your cape (seriously, costumes are highly encouraged!) and head to The Grand Theatre for what is sure to be a spectacular show. Don’t miss out! Order your tickets today via The Grand Theatre Box Office.

80th Annual RMC-West Point Hockey Game, 23 January 2016: The longest running international hockey series continues this year with its 80th annual game. Kingston’s Royal Military College and New York’s Westpoint hockey teams will battle it out for bragging rights at The K-Rock Centre. The game begins at 7:30pm and tickets range in price from $6.25-$10.25.

98.3 Fly FM Bridal Festival & Kingston Wedding Show, 24 January 2016: Getting hitched? Here’s your opportunity to meet with some of the leading vendors and experts in the wedding biz in YGK.  From noon-5pm, the K-Rock Centre will host bakers, dress designers, musicians, florists, hair stylists and many more experts who are ready to help you plan your perfect wedding.  Tickets go on sale January 4th at the K-Rock Centre box office for $10.  $12 tickets will be a available at the door.