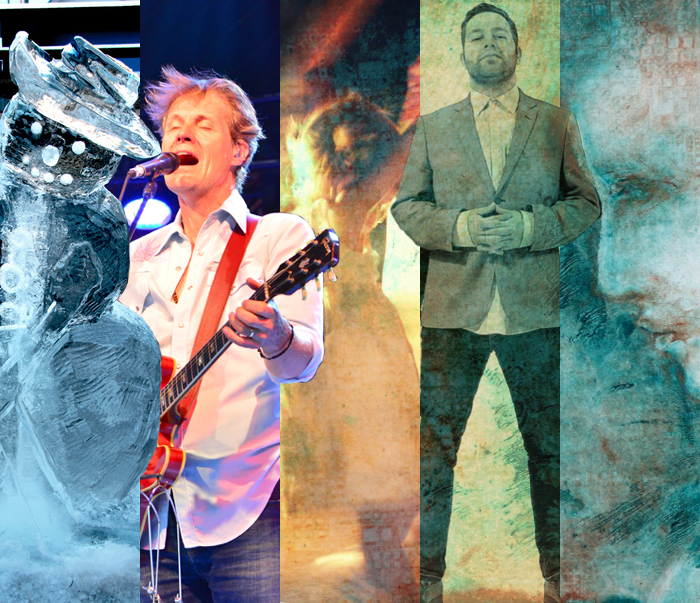 Feb Fest, 2-5 February 2017: As always, Kingston’s Feb Fest is one of our most anticipated events during the month of February. This year’s festival sticks with its winning formula that brings as many as 30,000 visitors to downtown Kingston over the course of the weekend. While the fest got rolling yesterday, there is still plenty to see and do over the next 3 days. While Kingstonians can enjoy festival mainstays such as The Carr-Harris Cup, Hockey Day in Kingston and Beaver Tails and Maple Candy in Market Square, this year’s fest also includes autograph signing with hockey legend Rick Vaive, Imagination on Ice featuring figure skaters Piper Gilles and Paul Poirier and a curling demonstration by The Greater Kingston Curling Club. Be sure to visit the Feb Fest website for a full listing of events.

Blue Rodeo, 9 February 2017: Their thirty year run, resulting in over 4 million albums sold, numerous Juno awards, their induction into the Canadian Music Hall of Fame as well as their star on the Canada’s Walk of Fame not to mention their naming to the Order of Canada and the receipt of the Governor General’s Performing Arts Award all speak for themselves. Blue Rodeo, one of Canada’s favourite bands will be taking the stage at The KRock Centre at 8pm. Tickets range in price from $43.50-$56.50.

Tett Family Day Artstravaganza, 20 February 2017: If you’re looking for a creative way to spend Family Day, look no further. The Tett Centre for Creativity and Learning will be running a wide variety programs all day long. Start your day off right with a 6:30am dance party in The Malting Tower. From there, you can enjoy a t-shirt printing workshop, the Kids Creativity Club, a performance by The Kingston School of Dance, an opportunity to try your hand at weaving with The Kingston Handloom Weavers and Spinners and much more. Stay all day and enjoy delicious food, art and cultural activities provided by Kingston Immigration Partners Multicultural Arts Festival, Winter Edition, or grab a bite at Juniper Cafe. There is definitely something for everyone at the Tett this Family Day. Check here for a full schedule.

Monkey Junk, 23 February 2017: What a great month for music! Another one of Canada’s favourites will be hitting the stage at The Grand Theatre for a fun night of swamp-rock roots and blues that will be sure to get you out of your seats. MonkeyJunk rose to fame right from the get-go when they formed in 2008. They have been nominated for, and awarded, Junos for Blues Album of the Year and their most recent release, Moon Turn Red, has been met with high praise. The band will be joined by Vancouver-based duo The Harpoonist and The Axe Murderer. The show starts at 7:30pm and tickets are $34.50 and $39.50.